MUST READ! How to Be a Bookie in a Recession 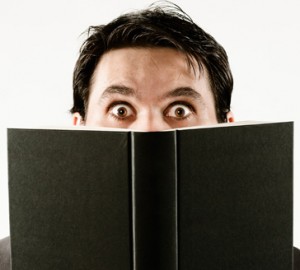 Bookmakers who have been using price per head or cost per head sportsbetting solution centers over the past 20 years have experienced the golden age of the bookmaking and pay per head industry. That age is now coming to a close as one of the major sportsbetting nations, the United States of America slips in and out of recession with no clear end in sight. Gambling on sports is a time honored tradition and isn’t going anywhere, however, the rivers of cold hard cash that have been flowing through the coffers of the bookies is starting to dwindle.

So this is the new age, where the bookie must learn to survive by making an extra effort to ensure that they will be able to stay in business. With all that has been going on in the international gambling scene there are a number of bright spots to look forward to if you are willing to be flexible.

Throw The Rules Out The Window

I’m not talking about reinventing the wheel but nothing says you have to follow some kind of street code that’s been around since the days of Al Capone. When money gets tight with people, people don’t always get tight with money and have a tendency to over extend themselves. After all, they are betting with the hope that they can money without putting any down. If Wall Street has taught us anything lately it’s that everybody’s trying to cash in without putting up any risk.

One way you can protect yourself from potential deadbeat action is to start asking your players to post up. After all why should you be the one who has to trust every Tom, Dick and Harry who wants action by giving them a line of credit? Extending credit to gamblers could very well leave you with a ledger sheet full worthless numbers.

Some things that every bookmaker needs to consider in an unstable economy is accepting payment of gambling debt in non-cash items. Players may not have $2000 cash to give you after a bad week but that 50 inch flat screen TV hanging on their wall would be a good start. There are many other items from electronics to tools to vehicles that can be used as collateral against a gambling debt. Get to know your players and check out any alternative methods of payment that you would consider accepting.

The bottom line is that all the gambling in the world means nothing if you’re dealing with phantom money. You need to be prepared to do what it takes to collect from players who want to bet on sports, casino or horse racing. The easier you make it for them to pay the more successful you will be.