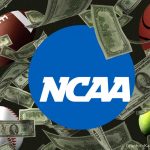 If your guys like to play the underdogs, watch out this weekend.  There are some huge numbers coming out of Las Vegas early in the week that dog lovers are probably going to jump on.

Surely the #1 ranked Clemson Tigers will beat North Carolina in an ACC battle by more than 26.5 points, right?  Would you bet on that?  How’s about being sure that Nick Saban and #2 Alabama will beat down the unranked Ole Miss Rebels by more than 37.5 points at home in Tuscaloosa?  See what I mean?

In the lopsided Big 10 Northwestern goes up to the University of Wisconsin in Madison to face the #8 Badgers as 24 point dogs and the #5 Buckeyes of Ohio State go out to Nebraska to take on the Cornhuskers as 17.5 point favorites while the hapless Indiana Hoosiers will travel to Michigan State as 14 point dogs to face the Spartans who just snuck into the top 25 this week.

The Jayhawks of Kansas travel down to Fort Worth to try and tackle the Horned Frogs at TCU as 15.5 point underdogs, but, hasn’t anyone told the oddsmakers about Les Miles as yet?  Watch out for this one!

The highly regarded #6 Oklahoma Sooners will host the Texas Tech Red Raiders as 27 point favorites while Notre Dame, which fell to #10 after putting up a valiant game against the Georgia ‘Bulldawgs’ last week, will host the University of Virginia Cavaliers who, even though they are ranked #18 in the AP poll, still face the Fighting Irish as 11.5 point dogs.

Obviously ‘dog lovers’ will have a field day making their picks this week!

And then there is the SEC. Gus Malzahn and his Auburn Tigers have survived some close calls this season so far and they will host the Mississippi State Bulldogs as 12 point favorites. They expected to cover as this is their only game back home in Alabama during a difficult 5 game stretch which takes them to Gainesville next week to face the # 9 Florida Gators.

The #23 ranked Texas A&M Aggies host the Arkansas Razorbacks in College Station as 23.5 point favorites while the #4 LSU Tigers will have a week off to rest up before facing the ‘other Aggies’ from Utah State at home in Baton Rouge, when, once again, the Tigers will be huge favorites.

So, a word to the wise here.  If you have guys who do well playing the dogs, take a look.  They have an awful lot to choose from this weekend and the spreads may not get any higher all season long.