7th And Final Game For The Warriors And Thunder 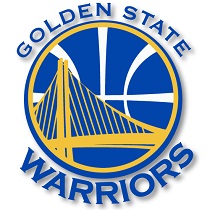 The dramatic comeback of the Golden State Warriors in Oklahoma (101-108) force the seventh and final game. The work of Curry and Thompson was more vital than ever for the team. Also the defensive side was well prepared. Draymond Green had 14 points 12 rebounds and 5 assists, but the rest of his teammates were not great in attack, especially the players who left the bench. They only contributed with 10 points, 8 of them from Iguodala.

The Thunder blew a great chance to eliminate the Warriors and stand in the final for the second time in its franchise history. Westbrook had 28 points, 9 rebounds and 11 assists and Kevin Durant, 29 points, 5 rebounds and 7 assists. But between the two they totaled 3 of 14 in shooting from the field in the fourth quarter.

Serge Ibaka framed a remarkable performance with 13 points, 9 rebounds and 3 blocks. But the Thunder failed in long distance shots. With 3 of 23 in triples, contrasted with the magnificent 21 of 44 of the Warriors. One of the merits of the California team was that was able to overcome their difficulties in the inside game, given the weak performance of Bogut, Ezeli and Speights.

The Thunder made several hack-a-Bogut and the Warriors responded with a hack-a-Robertson. Strategic warfare may be another capital in the seventh game of a series that Oklahoma had in an early -very dominating 1-3. But when they are in front Klay Thompson and Stephen Curry, any advantage may be insufficient.