A Dose of Statistics After Week 10 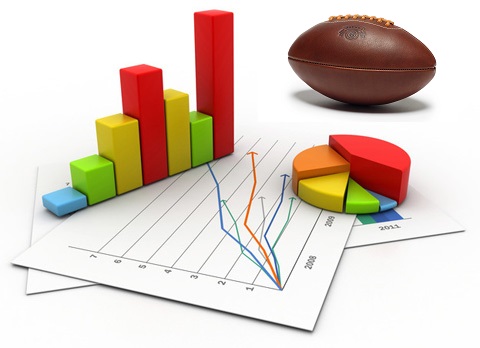 In his season two teams have started and maintained a 9-0 record,  Carolina Panthers and New England Patriots. It is the fourth time in NFL history that there are at least two teams with nine victories and no defeats ( back in 1934, 1990 and 2009).

Week 10 had eight games which were decided by seven or fewer points. Until this week there have been 76 games of this sort, the most in history in the first 10 weeks of the season.

The New England Patriots, had a close victory over the Giants, they now have a record of 9-0 and became the fifth team in league history and first since the San Francisco 49ers (16) 1983-1998 to have at least 15 consecutive winning seasons. Besides the Patriots have managed to score points in each of their past 35 quarters played, to beat the St. Louis Rams (31) 1999-2000 and the Indianapolis Colts (31) of 2005. Now they are the owners of this record and can increase it.

With the 379 passing yards that Ben Roethlisberger managed to swing coming off the bench against the Cleveland Browns, he becomes the non-starter quarterback with more passing yards launched in the history of the NFL, taking Wade Wilson’s record (374 yards) in 1990. He also threw three touchdown passes to add 10 TD passes this season reaching 12 consecutive seasons throwing at least 10 touchdowns, tying Warren Moon and only a season away from Peyton Manning and four from Fran Tarkenton.

With the touchdown reception from Karlos Williams at Jets last Thursday night, the Bills running back is now in his sixth straight game with at least one TD, tying Robert Edwards from the Patriots in 1998 as the rookies who have actually scored in each of their first 6 career games.

Kirk Cousins performance ​​last Sunday against Saints where he got 324 yards passing, four TD passes and a perfect rating (158.3), he became the first quarterback from the Redskins since Hall of Fame inductee Sammy Baugh in 1948 to achieve a set of at least 300 yards and a passer rating of 150.0 or more.