A MOST ASTOUNDING DAY IN MLB POST SEASON PLAY 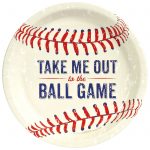 A MOST ASTOUNDING DAY IN MLB POST SEASON PLAY

Imagine these three props showing up on your MLB betting menu.

(1). The St. Louis Cardinals will score 10 runs in the top of the first before the Atlanta Braves even came to bat.

(2). Future MLB Hall of Fame pitcher Clayton Kershaw would come on out of the bull pen in the late innings and give up back to back home runs to St. Louis sluggers to tie the game sending the Dodgers dugout and the capacity crowd at Dodger Stadium into deep shock.

(3). 36 year old veteran second baseman Howie Kendrick will hit a grand slam homerun in the top of the 10th inning that will eventually win the game for the Washington Nationals and secure their passage to a seven game series against the St. Louis Cardinals to vie for the 2019 National League Pennant.

Honestly now, would anyone out there have wagered on any of those props? The odds would have been staggering, but staggering results were what we got last Wednesday in the National League postseason playoffs.

Both of these ‘astounding’ games resulted in the home teams’ elimination from further MLB post season play this year.  Those highly touted World Series aspirations held by the Los Angeles Dodgers will have to be put on hold for another baseball season.  The Braves thought they had a shot but are now back home in Atlanta.

After that first inning barrage from the Cardinals, the home crowd down in Atlanta didn’t make a whole lot of noise for the remainder of the contest. As it turned out it would not have done them much good anyway. Young Jack Flaherty pitched a gem and limited the powerful Atlanta team to just one run scored in the 4th inning and only 6 hits all game long.

The much anticipated pitching duel between Jack Flaherty and Mike Foltynewicz never really materialized as the Braves ace was pulled during the top of the first inning after recording only one out and finding himself suddenly stuck with 6 earned runs for the Cardinals. St. Louis ended up defeating the Braves by a final score of 13-1.

Jack Flaherty was allowed to throw 104 pitches over 6 innings before being pulled to rest up for the next seven game series against the Washington Nationals, which should be another matchup of fine pitching as well.

The Dodgers still don’t know what hit them.  They were at home in Chavez Ravine, where Dodger Blue was predominant, and leading 3-1 against the Wild Card winning Washington Nationals before Manager Dave Roberts opted to send in left handed pitcher Clayton Kershaw out of the bullpen. After striking out the first batter he faced, Kershaw gave up back-to-back homeruns to 3rd baseman Anthony Rendón and then to the young Dominican outfielder Juan Soto to tie the game at three, quickly hush the home crowd and send Kershaw back to the bench in deep despair.

Howie Kendrick would come on in the top of the 10th inning with the bases loaded and produce a grand slam homerun which sent Dodgers’ fans heading for the exits as the game ended with the Dodgers losing 7-3.

It was a record setting day for the St. Louis Cardinals as no team in the history of Major League Baseball postseason play had ever scored more than 10 runs in a single inning, ever.  For the Dodgers it will be a long time before this bitter and surprising defeat can be digested. But, there is always next season.

The seven game series between the Washington Nationals and the St. Louis Cardinals begins 8:08 EST on Friday October 11th in St. Louis with SP Anibal Sanchez going up against SP Miles Mikolas with the Cardinals holding a slight favorites edge at -101.  If the series contains any more amazing action like we all saw on Wednesday, we will all be ‘astounded’, once again!