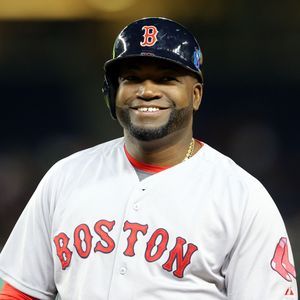 At 40 years old, the Dominican keeps breaking records and playing at a level so high that is going to earn him some MVP votes and is making many fellow players doubt if he will indeed retire and has many fans suggesting he should postpone his retirement plans.

Ortiz is batting .318, with 159 hits, 121 RBI and 36 home runs, which incidentally broke the record of 35 held by 37-year-old David Kingman since 1986 for most home runs in a player’s final season. Ortiz, who currently has 539 home runs, passed Mickey Mantle for 17th in the all-time home run list when he hit number 537 against the New York Yankees at Fenway Park.

In his last three seasons Ortiz has batted at least 35 home runs and he has not batted less than 30 home runs since 2012, showing that opposed to many other ballplayers on path to retirement his numbers, far from declining, are holding steady and even improving in some areas.

Since he arrived to the Red Sox from the Minnesota Twins, the “Big Papi” has been a key player not only because of his power and consistency, but also because of his health. Since 2003 Ortiz has failed to reach at least 500 at bats only three times (2003, 2008 and 2012).

His power, although no longer elite, is at a very respectable and continues to be feared by opposing pitchers. He may be far from the 52 home runs of 2007, but with three more home runs he will reach 40 something he has not achieved since 2011.

To celebrate all his career accomplishments and thank him for all his fourteen season of service, the Red Sox are planning special activities during the final regular season series against the Toronto Blue Jays (September 30 to October 2).

All Red Sox players will wear a commemorative patch on their uniforms and hats to celebrate Ortiz and all the bases will carry a special logo designed just for the occasion. In addition, fans attending the October 2 game will receive the commemorative patch.