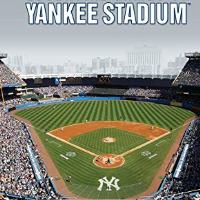 There is such a thing as home field advantage in baseball and Yankee Stadium is a testament to that.

Through their first 65 home games in 2018, the New York Yankees recorded 22 sellouts, which marks a single-season record at the new Yankee Stadium.

The Yankees’ most recent sellout came on August 13 against the New York Mets, which was also the highest single-game attendance in the Bronx this season as 47,233 fans filled Yankee Stadium.

Yankee fans undoubtedly appreciate their team’s effort and swagger this season. Even though they trail the Boston Red Sox in the division race by eight games they Bronx Bombers are one of the most exciting teams in all of baseball this year as they have a powerful offense that is threatening the 1997 Seattle Mariners’ record for most home runs in a season.

The Yankees lead the American League in total home attendance, with a figure of more than 2.8 million, while is per-game attendance sit at an average of 43,349 fans. Both these figures trail only the Los Angeles Dodgers for the most in all of baseball.

A reason for these numbers is the rich history and tradition of the Yankees, which New Yorkers from all walks of life want to experience firsthand. Older fans, in particular, are interested in seeing new and younger ballplayers who are building upon that same tradition and history to help the team become the next Yankee dynasty.

These large and rowdy crowds create one of the best atmospheres in baseball, which helps propel the Yankees home dominance.

From July 3 to August 13 the Yankees scored at least five runs in 13 straight home games, which was tied for the longest stretch in baseball, dating back to the start of the 2001 season and was the second longest streak in franchise history.

They had a streak of 21 such games all the way back in 1938 when Joe DiMaggio and Lou Gehrig were still hitting homers for the Bronx Bombers.

Through August 19 the Yankees home record sat at 45-20, which represents the most home wins in the majors.