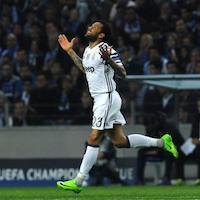 The draw to decide the pairings for the Champions League Quarterfinals revealed some very interesting results. Real Madrid will face Bayern Munich, and Barcelona will face Juventus in a rematch of the tournament’s 2015 final.

The other Spanish club, Atletico Madrid will have to face the only English club left in the European tournament: the surprising Leicester City, last season’s surprising Premier League champion; while the French club Monaco, who pulled a huge upset against Pep Guardiola’s Manchester City, will face Borussia Dortmund.

The first leg matches of the quarterfinals will be on April 11 and 12, while the return matches will be played on the 18 and 19 of the same month.

For this stage, the main stories will be the return of Bayern Munich’s Carlo Ancelotti to the club he managed only two years ago, and where he helped deliver Real Madrid to its tenth Champions in League trophy in 2014. While Juve and Barcelona will revive the final of two years ago, which on that occasion was favorable to the Catalans by a score of 3-1, but now the Italians will try to come out on top.

Xabi Alonso will also return to Santiago Bernabeu as a visitor. The midfielder played five seasons with Real Madrid before emigrating to Germany and raised a Champions League, a League, two King’s Cups, one Spanish Super Cup and one European.

Dani Alves will once again step on the Camp Nou’s turf, but now as a visitor. He will play with the “vechia signora,” against his former club, where he spent eight seasons, played 391 games, won three Champions Leagues and six domestic leagues among other achievements.

Atletico Madrid still hopes to win the most prestigious continental competition, however to do so it must overcome a reenergized Leicester City that recently defeated a combative Sevilla club. And finally, Borussia Dortmund want to continue their winning ways in this tournament to forget their lackluster campaign in the Bundesliga.