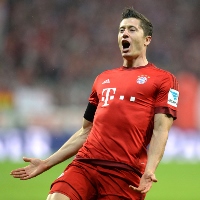 Carlo Ancelotti’s Bayern Munich will start the club’s full artillery as they try to come from a goal down when they visit the Santiago Bernabeu for the quarterfinal Champions League match against Real Madrid.

Polish Striker Robert Lewandowski and Matts Hummels are the two changes for the German team from their first-leg squad the team fielded at the Allianz Arena in Munich where they lost 1-2. Lewandowski missed the first-leg match with a shoulder injury and is looking forward to help the Bavarians overturn the one-goal deficit.

The main surprise in Ancelotti’s squad with respect to that match is the absence of midfielder Thomas Müller in Bayern’s starting eleven going instead with a more offensive team in hopes of turning the result around and advance to the semifinals of the Champions League.

Real Madrid’s biggest change will be Isco Alarcon, who will most likely start for the injured Gareth Bale and be featured in Real Madrid’s attack. He earned this start thanks to his offensive performance at El Molinon Stadium last Saturday, where thanks to his two goals, Real Madrid managed to stay atop La Liga in the race for the title with a 2-3 win against Sporting Gijon.

Nacho will be the main surprise in defense for the Spaniards, after the losses of Pepe and Raphael Varanne, Nacho was also used in that role already at the Allianz Arena and Zidane is confident the Madrid Native can help containing Bayern Munich’s firepower.

The return leg will be the 24th time these two teams face each other, making it the most played match in the most important club-level European soccer competition.

At the same time in England, Leicester City will try to overcome the 1-0 defeat they suffered at the Vicente Calderon Stadium against Atletico Madrid.

Atletico Madrid will seek to reach the semifinals for the third consecutive time in a competition that they are trying to win after losing in the final against Real Madrid in 2014 and 2016.