Bookies Are Banking On Pacquiao vs. Marquez As Their Rivalry Continues! 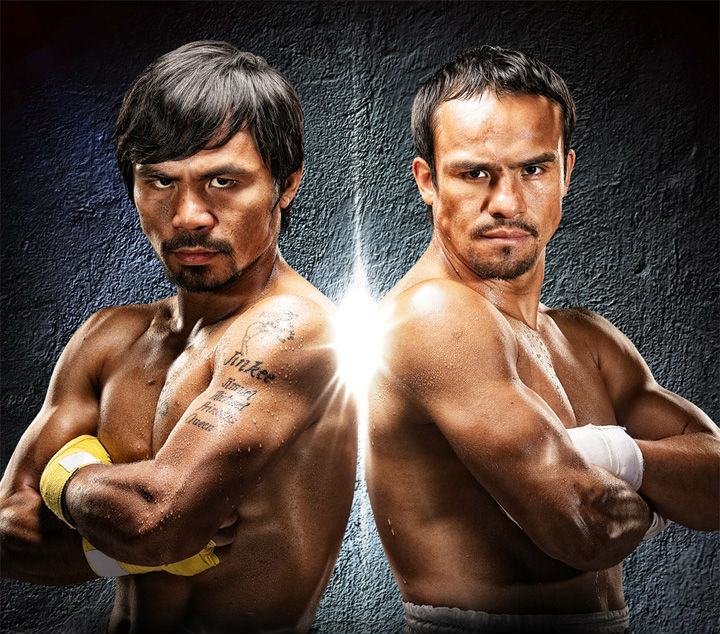 Pacquiao & Marquez are talking about doing it again in 2013.

Thanks to both Pacquiao & Marquez to the delight of Bookies, bettors, and boxing fans, professional boxing now has a new rivalry! Pacquiao & Marquez have already fought each other a total 4 times. They clashed for the first time back in 2004 and fight fans knew from round 1 that they were witnessing something special! The fight would end in controversy due to scoring errors and the outcome was a draw! Their second fight was in 2008 and Pacquiao came away with the win on a split decision. Fight # 3 was in 2011, Pacquiao won this fight but most of the people in attendance as well as the announcers were surprised and disappointed with the outcome! In the 4th fight Marquez was determined not to leave the decision in the hands of the judges. The fight was nothing short of amazing as Marquez knocked out Pacquiao late in the 5th round.  Now the stage is set for a 5th meeting which promises to be an all-out war at Cowboy stadium in Dallas Texas!

One of boxing’s greatest rivalries has to be Frazier & Ali.

The three fights between these two were some of the most exciting moments in professional boxing history! The first time these two squared off was back in 1971 in Madison Square Garden and Joe Frazier won by decision after a 15 round slugfest! The two fought again in 1974 and this time Ali won by a unanimous decision. In 1975 the two fighters squared off once more in the epic “Thrilla in Manila”. The fight was stopped by Frazier’s corner as he was no longer able to defend himself from Ali’s punches. There may never be another rivalry that’s measure ups to Frazier vs. Ali!

Another epic battle was between Riddick Bowe vs. Evander Holyfield.

These two fighters squared off a total of three times.  The first fight Bowe won a unanimous decision in Las Vegas, the second meeting was won by Holyfield. The third and final bout between these two free swinging heavy weights was an absolute slug fest and ended with Bowe scoring a TKO in the 8th round!

One of the most memorable boxing rivalries was between Aaron Pryor and Alexis Arguello.

Their light welterweight title fight back in 1982 was one of the most action packed fights in boxing history! Pryor won that fight with a knockout in the 14th round and would also win the rematch a year later with a 10th round knockout. If you haven’t seen the 1st fight between these two you owe it to yourself to do so!

Another of boxing’s greatest rivalries was between Roberto Duran and Sugar Ray Leonard.

These two fought each other a total three times. The first bout was a complete brawl that Duran won by unanimous decision. The second fight was an absolute classic just 5 months latter abd ended in the 8the round when Duran simply said ”no mas”.  The third and final fight was 9 years later and was mostly put together for a big payday for both fighters who were nearing the ends of their careers. Leonard would winning a unanimous decision in 12 rounds!