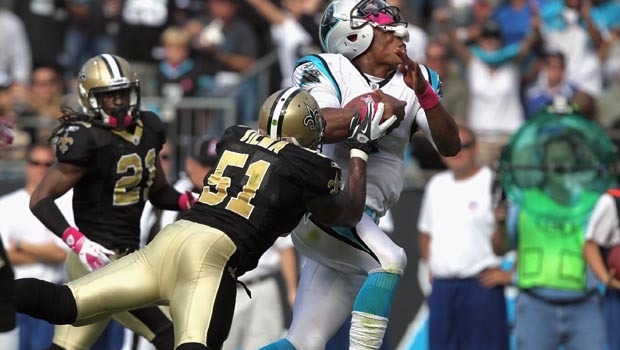 The Saints Bounty Scandal is yet to be finished, and one of the biggest signs of it is that the NFL Players Association has requested a temporary restraining order directly from a federal judge.  With this order, all players suspended because of their supposed connection with the bounty investigation would be able to rejoin their respective teams in order to play on the regular season openers.

One of the most important arguments used in order to authenticate this request, is that players will suffer from irremediable harm in case they are forced to not take part of their team’s regular season games while the case proceeds.

A league of players was created in order to filled the temporary restraining order, some of them are defensive lineman Anthony Hargrove, New Orleans Will Smith and Cleveland’s Scott Fujita. Comparable requests have been filled individually by other players such as Saints linebacker Jonathan Vilma, whose suspension began earlier this year.

The aforementioned NFL investigation took place after it was found that the New Orleans Saints had a supposed bounty system from the 2009 to 2011 seasons. This program rewarded players for injuring or hard hitting rival players. It went to such an extent, that it was mentioned that up to 27 players were involved in this bounty system and had effectively received money from it.

Involved players allegations claim that the entire disciplinary process was flawed and unfair for players, claiming that the whole process should be omitted. The U.S District judge in charge of the case agreed with players in terms on how the league has handled the bounty matter, qualifying it as unfair to players and with disproportionate punishments.

Another interesting point the judge raised was that she didn’t agree on federal courts intervening on a process that was designed to be bargained between the union and the league alone. Because of this the intervention of the court might be delayed even further as it waits for the league and the union to exhaust all their possible resources.

Players have admitted to pay-for-performance programs, which are not so strange to the league, however the basis on which this rewards were given are troubling. Several coaches and managers have been suspended indefinitely, however in order to see how the resolution for players go we’ll have to wait.