Canada Favorite To Win The 2016 World Cup Of Hockey 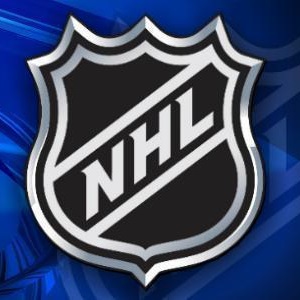 The 2016 World Cup of Hockey will begin this Saturday in Toronto, Ontario, with eight participating teams and featuring the rules and players of the National Hockey League.

The tournament, running from September 17 to October 1, will be played in its entirety at the Air Canada Centre, the home of the Toronto Maple Leafs, and feature also players from both the KHL and other important leagues around the world.

Group A is composed of Canada, Czech Republic, USA and Europe; while Group B has Russia, Finland, Sweden and North America. The top two teams of each group advance to the one-game semifinals and the semifinal winners meet in a best-of-three final.

This is the first time in 12 years that the World Cup of Hockey takes place, with the only two previous versions taking place in 1996 and 2004. This time however the intention is to make this new edition a more regular tournament that will take place every four years. This seems likely as the NHL players association (NHLPA) and the league itself are now, in conjunction with the International Hockey Federation (IHF), backing the tournament.

NHL Commissioner Bill Daly went as far as telling the media at a press conference in Washington that the world cup can be a lot bigger in the future if you make it a consistent tournament. With that in mind, they are committed to holding the World Cup “on a regular basis.”

Host nation Canada, look as a solid team with no holes in any of its lines and are the de-facto favorites to take the crown as they will be playing on home soil.

Sweden, silver medalist at the 2014 Olympic Games in Sochi, are a team that has a very solid blue line and the skills to compete with the Canadians, the problem will be matching the speed of its forwards and toughness of its defenders to beat Canada at home. The USA has a phenomenal goaltender in Jonathan Quick and great scoring threats in Patrick Kane, Zach Parise and Joe Pavelski.  All of them will have to be atop their game if this team intends to fight for a spot in the final.

In the groups stage the tournament will hold two games per day and then one per day when the teams reach the semifinals and final. The tournament’s opening games will be Europe against USA and Canada against Czech Republic.