Canelo vs Golovkin II Canceled But Could Happen In September 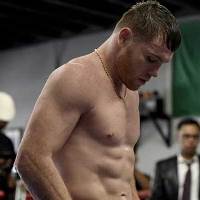 The second fight between Saul “Canelo” Alvarez against Gennady Golovkin, which was to be one of 2018’s biggest boxing bouts, has been officially canceled.

The fight was to take place on May 5 at the T-Mobile Arena in Paradise, Nevada, but Alvarez withdrew after he was put on temporary suspension by the Nevada State Athletic Commission after failing a couple drug tests in February.

Although Alvarez claims that he failed the test as a result of eating contaminated meat in Mexico and maintains that he didn’t take banned substances intentionally.

He could face a long ban of nine months to two years or a reduced suspension that would still not allow him to come back in time before the date of the fight. The extension of the punishment will depend on the result of a hearing that will take place on April 18and in which Alvarez will go in front of the commission to explain himself.

The good news for boxing fans is that if Canelo receives a reduced suspension the fight could get rescheduled to September 21 and take place the day of the Mexican independence at an unknown venue.

It wouldn’t be surprising to see Canelo get a one-year suspension, which is the typical punishment handed to first-time drug offenders, but because he’s shown remorse, cooperating with the commission and withdrew from the fight without waiting until the last minute, his final suspension could eventually be cut in half and be ready to fight in mid-September.

This because since the suspension is retroactive to the day of the first positive test (February 17) he would be eligible to box again in mid-August, so there would be plenty of time to have the fight on September 21.

In the meantime, the boxing night is still expected to take place as Golovkin is already looking for a new opponent for May 5.