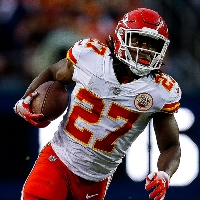 The Cleveland Browns signed free agent running back Kareem Hunt to a one-year deal on Monday despite the fact that the former Chiefs’ running back is under investigation by the NFL for a domestic abuse incident that took place in February of 2018.

The inquiry was launched after a video emerged last November that showed him pushing and kicking a woman in the lobby of a Cleveland hotel. Hunt remains on the commissioner’s exempt list and could still face a suspension of six games or more next season.

Hunt, who was released by the Kansas City Chiefs after the video surfaced, was the league’s leading rusher as a rookie in 2017 and was named to the Pro Bowl that year. In two seasons in the NFL with Kansas City Hunt appeared in 27 games amassing nearly 3,000 total yards and 25 touchdowns.

Hunt is not eligible to play until the league completes its investigation of the incident and a decision on potential discipline is made. Hunt’s contract is for the veteran’s minimum ($645,000), includes no guaranteed money and a clause that gives him a bonus of $25,000 for every game he plays.

The controversial deal with the Browns is a homecoming for Hunt, who played high school football at Willoughby South and in college was the leading rusher in the history of the University of Toledo.

With Hunt, the Browns now have two young and dual-threat players in the backfield as he will join the explosive Nick Chubb, who last season as a rookie ran for 996 yards and eight touchdowns.

Should Hunt be able to step on the field for the Browns, they could end with two multi-dimensional running backs surrounding young quarterback Baker Mayfield. Furthermore, if he ends up having a breakout season, he’ll be a restricted free agent in 2020, which will make it easier for Cleveland to keep him.