Curry Salary Is Far From The New Market Standard 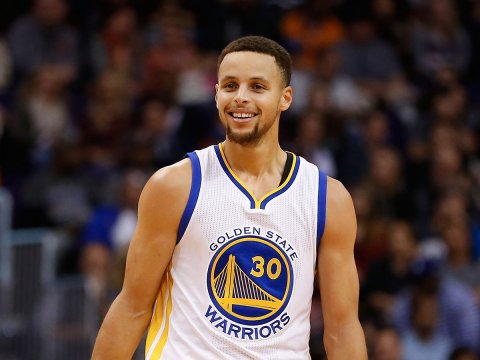 The salary for the twice MVP Stephen Curry has become even more obsolete once they have closed almost all contracts of the new market. The star of the Warriors next year will receive $12.1 million. There are some 78 players who charge more than Curry.

Not to mention LeBron James. The star of the Cavs is pending signing his new contract. And it will be significantly higher than Curry. Today, Curry is ranked 79th in the league. There are 27 players in the NBA that will receive 20 million dollars or more next season.

Also left behind in terms of money are the stars that stay with old contracts. Paul George is the 30th, the 32nd Russell Westbrook, Kyrie Irving and Kawhi Leonard tied for 33rd, Jimmy Butler is the 35th and DeMarcus Cousins and John Wall occupy the 43rd. But there is no wrong as remarkable as that of Curry.

In fact, Curry will have on his team 3 players ahead of him in the chapter of wages. Kevin Durant will receive 26.54 million, Klay Thompson and Draymond Green with 16.66 and 15.33 respectively. And very close to Steph, Andre Iguodala stands with 11.13 million.

Yes, the great triple maker league contract ends in 2017. Then, his salary will skyrocket.

A great example of small and fair contacts is Ronnie Price with his new home at Oklahoma City Thunder. The veteran foreign player moves from the Phoenix Suns to join the ranks of Billy Donovan, and it looks like he will sign a contract for 2 seasons.

Price had his minutes in the Suns, even more following the injuries of Brandon Knight and Eric Bledsoe. He played nearly 20 minutes per game averaging 5.3 points, 2.4 assists and 1.2 recoveries. 5.3 points make him the best scoring player in his 11 seasons in the NBA.

The 33-year old player, has played 530 regular season games in the league with Kings, Jazz where he played for 4 years, Suns (in 2 different times), Blazers, Magic and Lakers.