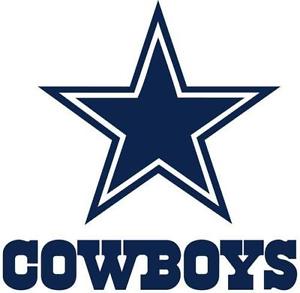 Running back Alfred Morris reached an agreement with Dallas Cowboys to play for two years for 3.5 million dollars. Morris paycheck could reach up to 5.5 million on incentives. Morris spent four seasons with the Washington Redskins in the first 3 exceeded 1,000 yards, the best being his first season (2012) with 1,613 yards and 13 touchdowns, under the golden era of Robert Griffin III, the legendary Redskins quarterback.

However, his performance in 2015 came down. he reached 751 yards on 202 attempts with just one touchdown, it was the first time in his career that he did not exceed 4 yards per carry, remained at 3.7 yards per attempt. He also had to share the role with Matt Jones as Running back.

Cowboys now have in their backfield, Darren McFadden who last year surpassed the 1,000 yards (1,089) but with only 3 touchdowns; and Lance Dunbar who has come part of the team as the Cowboys re-signed the running back for another season with $ 1.75 million, Dunbar previously visited another three teams, the San Francisco 49ers, the Seahawks Seattle and the Chicago Bears before reaching an agreement to stay with the Cowboys.

With the best start in his career, averaging 10.9 yards every time he touched the ball before tearing his anterior cruciate ligament (ACL) in early October.

The Dallas Cowboys feel their defense is in good stead when Rolando McClain is playing as middle linebacker. They made it clear when they renewed the contract of former selected from the top 10 for one more year with $ 5 million.

McClain’s agency, SportsTrust Advisors, announced the news on Twitter. The deal was a no-brainer for the Cowboys, who has managed to get from McClain much more than any other in the Lone Star team. Despite a suspension at the start of the 2015 season, he is once again one of the best linebackers in the League.

The duration of the contract is a maneuver without risk to McClain troubled past. The player retired from football at age 23 after a small step by the Ravens before arriving at Dallas. He finished with 50 tackles and two sacks in 11 games last year and who returned an interception for a touchdown. McClain optimism keep him as a playmaker on the defensive front of the Cowboys freeing Sean Lee to make more plays outside. At the moment, he could be one of the best valued players in football assuming he can stay on the field.