Djokovic Again Aims For A Third-Straight Australian Open In 2017 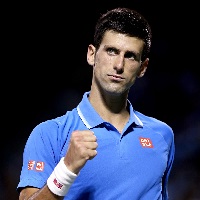 Almost all the players of the world’s tennis elite will be attending the 2017 Australia Open in Melbourne (January 16-29), where men’s defending champion Novak Djokovic  will aim for his third straight Australian Open; and WTA’s Angelique Kerber will try to become the first women’s defending champion to repeat since Victoria Azarenka did it in 2012 and 2013.

Djokovic will try to win his sixth Australian Open in the last seven years. The Serbian last won three straight between 2011 and 2013, but that’s something nobody else had accomplished since the start of the Open Era in 1969.

The only other men’s tennis players who achieved such a feat were four-time winner Jack Crawford (who won in 1931, 32 and 33) and the legendary six-time winner Roy Emerson, who won five straight from 1963 to 1967.

Since winning his first Australian Open in 2008, the Serbian has won five of the next eight. In fact the only players to interrupt his reign “Down Under” were Spain’s Rafael Nadal (2009), Roger Federer (2010) and Stan Wawrinka (2014).

In fact, the 35-year-old Federer will come back to action in Melbourne after missing a great portion of 2016 due to a knee injury and nagging back problems, which caused the Swiss player to drop all the way to 16th in the world.

Another star to come back in time to play in the inaugural Open of the season will be Serena Williams, who is recovering from a shoulder injury and has not played any tennis since her elimination of the 2016 US Open semifinals. The youngest Williams is one Grand Slam win away from tying the 22 titles held by Germany’s Steffi Graff.

World’s number 13 Victoria Azarenka will be the only top player, among the ATP and WTA Elite, to miss the first Open of the year. The 27-year-old Belarusian announced on July 15 that she’s pregnant and is expecting her first child in late December.

Spain’s Garbiñe Muguruza, WTA’s number 7, will be making her Australia Open debut after winning her first Roland Garros in 2016.

After the best year of his career, world number 1 Andy Murray is now the favorite to win the first Grand Slam tournament of 2017 according to the latest odds. Even though the Briton has never won the Melbourne event his line is at +140, followed by Djokovic at +145.