Dog Day Afternoon In The NFL 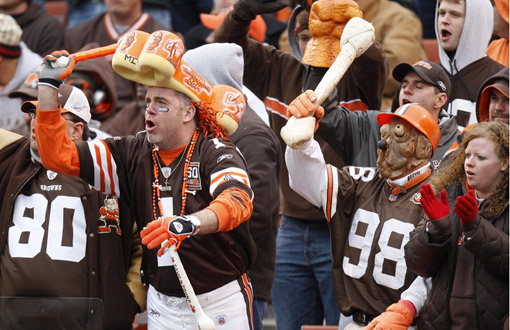 This past Sunday in the NFL will be known as the day of the dog. At least as far as the odds makers are concerned. Of the 14 games on the board, 8 resulted in UPSETS. That is, the team that the “experts” had picked to win by x number of points, actually lost outright. In other words, the dog won. The expression “the dog” is derived from underdog or the team expected not to win. Here we have one of the many reasons that folks everywhere love to wager on sports. You never really know how a particular sporting event will turn out. That’s what makes it interesting!

The San Francisco 49ers were being groomed for the Super Bowl after only 2 weeks into the season. They were undefeated in the preseason games and then went on to defeat two of the major powerhouses from last year, the Green Bay Packers and the Detroit Lions. They were favored by a whopping 7.5 points for week three. Then along came Christian Ponder, Adrian Peterson and the Minnesota Vikings; the 49ers went down 24-13.

The New Orleans Saints were favored by 9.5 points partly because this was considered a must win for the beleaguered Saints. At one point in the third quarter New Orleans was in the lead by 18 points and then came Matt Cassel and the Kansas City Chiefs to tie the game with only seconds left to send the match into overtime and then kick a field goal to take home the victory 27-24.

The Redskins of Washington were 3.5 point favorites to beat the Cincinnati Bengals; but it didn’t turn out that way. In front of a home crowd, the Redskins lost to the Bengals 31 to 38.

According to the Las Vegas Bookmakers, Andrew Luck and the Indianapolis Colts were supposed to beat the Jacksonville Jaguars by 3.5 points but when it was all over in Indianapolis, the Jaguars had defeated the Colts by a final score of 22 to 17.

The Lions and the Titans scored 46 points between them in a wild fourth quarter played at Music City only to have the game clock run out with the score tied at 41 each. Detroit was favored by 3.5 points but Tennessee came through in overtime to win the contest 44-41.

The Chargers went into the contest as 3.5 point favorites against the Falcons at home in San Diego. The boys from Atlanta had other ideas however and they won the game, not by 3.5 points but by a lopsided score of 27-3 and remain one of only three 3 & 0 teams in the NFL.

The Philadelphia Eagles had a 3.5 point edge on the Arizona Cardinals going into the game in Arizona but the Cardinals turned a home field advantage into a 27 to 6 upset over Michael Vick and the Eagles. Arizona is also3-0 after 3 weeks of action.

And finally, Big Ben Roethlisberger and the tough Pittsburg Steelers went onto the field at Oakland with a 4.5 point advantage but a determined Raider team lead by Carson Palmer impressed the home crowd by pulling off a great 34 to 31 victory.