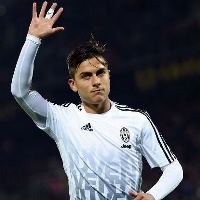 Barcelona and Juventus face each other in Turin, Italy on Tuesday for the first leg of the Champions League quarterfinal.

Juventus, a stout defensive team, will have a tough time holding off the explosive Barcelona, which will try to snap the 21-game unbeaten streak that the Italians have at home in the competition, with what has become the best scoring offense (26 goals in this Champions League so far).

The Spanish club does not want to throw away the miraculous victory they earned at home in the previous round against Paris Saint Germain when they won 6-1 after losing the first leg in France 4-0.

Barca needs to stay alive in the Continental tournament more than ever, now that their chances of winning La Liga have diminished following their 2-0 loss at Malaga. Barca will be looking to return to Camp Nou with at least a tie in order to avoid having to perform another miracle at the Camp Nou, like it happened against PSG.

The Catalans will most likely be without the injured Arda Turan, Aleix Vidal and Rafinha Alcantara. Barcelona will also miss Sergio Busquets, who was suspended for yellow-card accumulation, and will force manager Luis Enrique Martínez, to come up with a new starting eleven and a new system against the always complicated Juventus of Massimiliano Allegri.

The question will be whether Luis Enrique will line up with a 4-3-3 formation or go back to the 3-4-3 formation that has given him so many positive results in recent weeks.

Juventus, which has not won the Champions League since 1996, arrives to this game in high spirits after a successful week in which they earned their ticket to the final of the Italian Cup by defeating Napoli on aggregate score and protected their Serie A lead with a 2-0 win against Chievo.

The Italians have only once eliminated Barcelona. It was during the 2003 UEFA Champions League quarterfinal. Barca won the 1991 quarterfinal, the 1986 semifinal and the 2015 final played in Berlin.