Five-Tool Players In The NFL 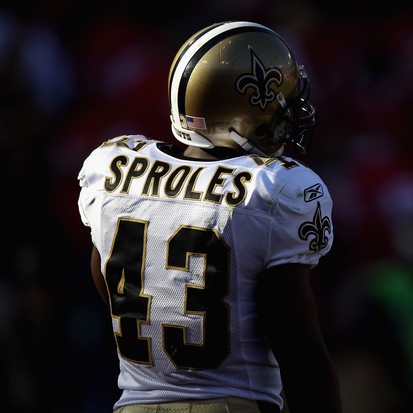 Historically a ‘5-Tool’ Player in baseball is one of the most desirable acquisitions a team could make. Why? Because a ‘5-Tool’ Player is a guy that can do most anything that he is asked to do and do it very well. He can hit for average and power, has speed on the bases plus he can throw and field at his position.

Pro Football does not have an exact translation for a ‘5-Tool’ Player but there a few guys around the league that make you think of ‘5-Tool’ qualities.  In the NFL that would be the player who can rush effectively with the football and also catch the football after running a tight route. He can also throw a good block to break a teammate free or be there for his team to field punts and kicks and return them breaking tackles and scoring touchdowns.

Sean Payton calls Darren Sproles his ‘Joker’ and that’s a pretty good description of what a ‘5-Tool’ player can do for his team. Be the Joker in the deck that disrupts the norm.  These guys are not usually the biggest name players on the team nor the highest paid… but they make their contributions week after week. They are among their coach’s best friends… and weapons.

Sproles does indeed qualify as a ‘5-Tool’ player in the NFL. Even though he is one of the smallest players on the field, Darren Sproles is all over the field. He runs out of the backfield, he catches passes and eludes blockers afterwards for substantial gains and Sproles even turns out to be a pretty good blocker when called upon to do so.

Jamal Charles of the Kansas City Chiefs is another guy who can play all over the field and do well. Against the Eagles, Charles ran for 92 yards on 20 carries and a touchdown plus catching 7 passes for an additional 80 yards.

The two time All-Pro running back has played in the NFL for six years and continues to be one of the most versatile and useful players on the field. Anytime that Jamal Charles gets his hands on the ball he has the potential to break for a big gain or a score.

Other NFL candidates for ‘5-Tool’ players include Golden Tate of the Seahawks, CJ Spiller of the Bills, LeSean McCoy of the Eagles, Randall Cobb of the Packers , Shane Vereen of the Patriots and Percy Harvin now with Seattle.