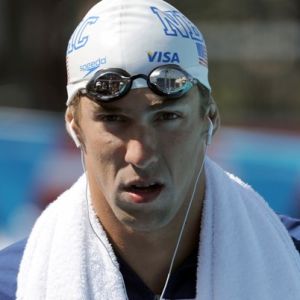 Michael Phelps won his fourth gold in Rio, his 22nd Olympic gold medal in total in the final 200-meter medley, the test measures the fastest, the most perfectionists and the most versatile in the art of deep water without more help than a hat and a pair of glasses. He touched the wall with two seconds ahead of his nearest competitor, grabbed the eighth, and looking at his mother Debbie, who was in the stands, showed four fingers of his right hand. It was the first time in history that a swimmer conquered four golds in four consecutive Games in the same event.

Phelps exercised a stranglehold on the test of styles. From his perch on the four he began by closely monitor his rivals, all extraordinary. To his left, Ryan Lochte, the world record (1m 54,00s) and his teammate, with whom he had swum each of the three Olympic finals. To his right Thiago Pereira, the best Brazilian swimmer, the crowd chanted in the aquatic center with a deafening scream. Sixth lane, Kosuke Hagino, the Japanese star, a true celebrity in his country, who came to the test with the best record of the year (1m 55,07s).

Phelps swam the butterfly part with the second fastest time (24,9s) after Pereira. When he completed the 50 back, only Lochte was better, who is a specialist. He used the breaststroke to head (33,51s) and when headed for the last stretch, Pereira had melted and Lochte could not resist the onslaught of Hagin. “I thought everyone would start fast and someone else would resist until the end,” Bowman said, shrugging. “Interestingly, after so many years of being his worst style, today has gained ground from the breaststroke”.

Medleys are a puzzle. The exercise itself is so complicated, so is subject to the detailed embodiment of every gesture at top speed, and it’s so hard to spin the four styles without fail in any transition, most elite swimmers prefer to devote to more specific tests. Phelps excellence not only allowed him to beat the world record 11 times between 2003 and 2008. In Rio he was able to shave his time down to 1m 55 seconds, something only done by him and Lochte. Time, 1m 54,66s, is the eighth best mark in history and his second fastest time since 2008. Hagino was 1m 56,61s silver and bronze for Chinese Shun Wang 1m 57,05s