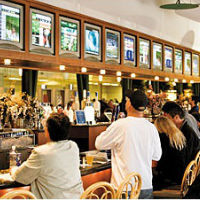 At the start of the 2013 NBA Playoffs it comes as no surprise that the Miami Heat are going in as favorites at 2/3. They have dominated the season winning 65 games while losing only 16 for a .802 percentage. The Heat have won 9 of their last 10 games and look to be going into the playoffs at full strength.

Out West we have a furious battle going on for first place between the Oklahoma City and San Antonio with the Thunder holding the edge after winning four in a row while the Spurs have recently fallen on the road to the Lakers and then to Golden State. The Thunder is posted at 9/2 and the Spurs at 17/2.

Bringing up the field are the New York Knicks at 15/1 with the Nuggets, the Pacers and the surprising Clippers all at 22/1. The numbers start to fall off quickly after that with the Grizzlies at 35/1, the Lakers at 40/1 and the Bulls at 50/1.

All other teams are listed at 60/1 or higher and considered definite underdogs to win it all.

14 games into the season the Atlanta Braves are the winningest team in major league baseball working on a 9 game streak of victories and sporting a .917 win percentage. The Oakland A’s are second with a .714. The Red Sox, the Royals, the Rangers are all off to good starts in the American League while the Mets, the Nationals, the Cards, the Giants are currently leading the way in the National League.

However, early lines up for the World Series show the Detroit Tigers as 7/1 favorites followed by the Washington Nationals at 15/2 and the Atlanta Braves at 8/1. California teams make up the next three spots with the Dodgers at 10/1, the Angels at 11/1 and at 12/1 the Giants.

Still posting a respectable showing are the Blue Jays at 12/1, the Reds and the Rangers both at 14/1 followed by the Athletics and the Cardinals sharing 16/1.

Three of the most famous teams in the history of baseball follow with the Boston Red Sox at 20/1, the New York Yankees at 22/1 and the Baltimore Orioles at 25/1.
All of the remaining teams are currently listed at 30/1 or above and obviously be considered long shots to win it all this season.