Hamilton and Rosberg to Define F1 Title in Abu Dhabi 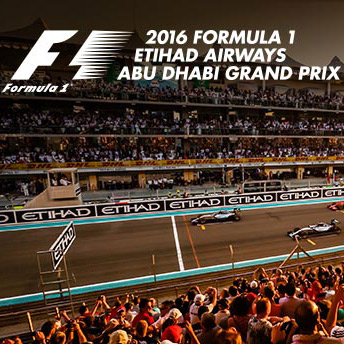 The Formula 1 left the best for last with a winner-take-all race this week in Abu Dhabi in which the two Mercedes Benz drivers, Nico Rosberg and Lewis Hamilton, can still win the drivers’ championship.

The German reaches this race with 12 more points than Hamilton who has won the last three races in Austin, Mexico City and Sao Paulo. With those victories, Hamilton reduced Rosberg’s lead from 33 points (after the Malaysian Grand Prix) to just the current 12.

Rosberg has managed to come in second place in those races won by Hamilton and as a result, he can still win the Championship if he finishes in front of the British driver or if he ends up in the podium.

This is because even if Hamilton wins the race he will not overcome Rosberg in the standings if the German finishes third or second place.  Even if Rosberg finishes between the fourth  and sixth places he could win the Championship as long as Hamilton does not win the race.

Hamilton could also win the title if he comes up second and Rosberg ends in seventh or worse place. If Hamilton is third he would need Rosberg to finish in no better than ninth place.

Even if Rosberg fails to finish the race or score any points he can win the title if Hamilton fails to reach at least a third place.

Rosberg won last year race at the Yas Marina Circuit, while Hamilton came in second; but in 2014 Hamilton won the race while Rosberg finished in 14th place, a result that this week would give the title to the Briton.

Even though the odds are in Rosberg’s favour Hamilton refuses to give up and will try to at least win the race and finish the year with more victories than his teammate. Right now both drivers have nine wins each, but Rosberg has a 12-point advantage due his betters results throughout the year.

Even though both drivers failed to finish the Spanish Grand Prix, Hamilton also retired in Malaysia, a race in which Rosberg finished in third place.