HEROES GOLFING IN THE BAHAMAS 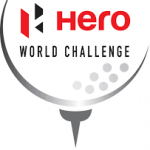 HEROES GOLFING IN THE BAHAMAS

Some of the best professional golfers in the world are headed out to the Bahamas Islands this weekend to join a rejuvenated Tiger Woods for his Hero World Challenge Tournament which sets up as a sort of prelude to the upcoming President’s Cup action which will be taking place at the Royal Melbourne Golf Club down under in Australia beginning on December the 12th.

After enduring a period of being not quite up to par earlier in the year, Tiger Woods has come back looking fit and as competitive as ever by winning the recent Zozo Championship in Chiba, Japan. It was his 82nd career win!  Woods is listed as one of the odds on favorites to win the Hero World Classic this weekend as well.

Woods actually is one of the principal sponsors of the annual Hero World Challenge event which is held at the Albany Golf Club in the Bahamas Islands.  Although the $3,500,000 purse is not quite on par with some of the other major tournaments, the money is still attractive, plus, everybody gets to go to the beach!

So, the event has attracted a stellar field of some of the best golfers on the planet to the Bahamas to play alongside Tiger Woods and feel good about it because the tournament is a benefit for the Tiger Woods Foundation which was created in 1996 to support community based programs that improve health, education and welfare for all children in America.

Although there are only 18 golfers participating this year, they are the cream of the crop.  This becomes obvious when you look at the odds board and find Chez Reavie, who won the Travelers Championship back in June, at the very bottom at 66 to 1!

The World Challenge format has been around since the turn of the century under different sponsors and played at various locations before moving to the Bahamas in 2015 with the Albany Golf Club as its permanent home.

Ironically, with all the golfing heroes participating in the event, the word Hero in the title actually refers to the event’s sponsor since 2014, the Hero MotoCorp, which makes motorcycles and scooters in India.

As a concession to next week’s President’s Cup play down in Australia, this Hero World Challenge will be played from Wednesday to Saturday to allow the golfers an additional day for travel in order to get ready for the competition which will pit the top golfers from the United States against a team made up of some of the best golfers from outside the USA and coached by Ernie Ells. Team USA was selected and will be coached by none other than Tiger Woods himself.

Spanish ace Jon Rahm, who won the event in 2018, is the hottest golfer in the world right now and oddsmakers agree making him the tournament favorite at 7 to 2, and right behind him is Justin Thomas at 7 to 1 who has two outright wins and two other top ten performances in the last five tournaments.

Tiger Woods is listed at 8 to 1.  Patrick Cantlay and Xander Schauffele at 17 to 2 are two young golfers that everyone is watching in wonder with the anticipation that they will soon be major players on the PGA circuit.

Webb Simpson starts the tourney at 10 to 1 with Rickie Fowler at 12 to 1 and Justin Rose at 14 to 1. Patrick Reed, Gary Woodland, Bryson DeChambeau, Tony Finau, Matt Kuchar, Henrick Stenson, Kevin Kisner and Bubba Watson round out the all star field for this year’s Hero World Challenge.

And if you are looking for a sleeper bet for this tournament, 2014 winner Jordan Spieth could be a good one going in at 28 to 1.

The ultimate winners of the Hero World Challenge will be the kids that the Tiger Woods Foundation helps using the proceeds from the event.