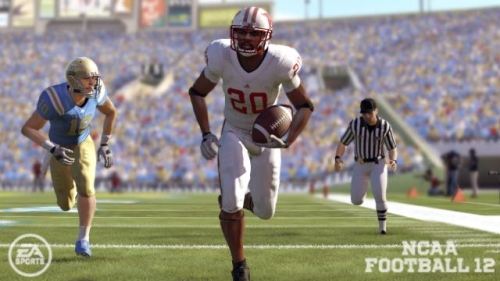 What started out as an almost comical ‘player likeness’ suit has become a major headache for the NCAA. The US Supreme Court has handed down its latest word in the on-going case denying the NCAA the right to intervene in settlement talks between former college athletes and EA Sports and the Collegiate Licensing Company.

Sam Keller, a former quarterback at Arizona State is one of the athletes leading the fight for compensation after EA Sports used his likeness in one of their online games. Keller has sued the NCAA, EA Sports and the Collegiate Licensing Company for using and profiting from his image.

In the first round a Federal Appeals Court sided with the plaintiffs but EA Sports then attempted to bring its case before the Supreme Court. Finally EA Sports and the Collegiate Licensing Company settled out of court and left the NCAA angry and frustrated by their actions and holding the proverbial bag.

Former Solicitor General of the US Seth P. Waxman, who was representing the NCAA, told the press, “The Court’s action today was disappointing. But it is extremely rare for the court to grant a motion to intervene.”

All in all it has not been a very good year for the NCAA as a whole.  Their blundering action with the University of Miami and other schools has left many critics wondering just who is in charge in the NCAA front offices.

Mark Emmert, the current president of the NCAA, has personally come under all sorts of criticism this past year and there are those who are still actively calling for his resignation but that does not seem likely at this point. Emmert will however have his hands full if the NCAA is held financially responsible for the ‘player likeness’ suits currently on the table.

Remember that this is the same NCAA Commissioners office that recently issued a statement saying that, although the founding principles of the NCAA were to protect student athletes, the office ‘denied any legal duty to protect student athletes’. This is known as covering your butt in most places. However, when we are talking about young people and the organization founded to watch over and protect them, it’s a pretty amazing statement to make.

With the number of law suits being filed around the issue of concussions these days, the NCAA had best find a way to both protect itself and its young wards.