Junior Ready For Return To Daytona 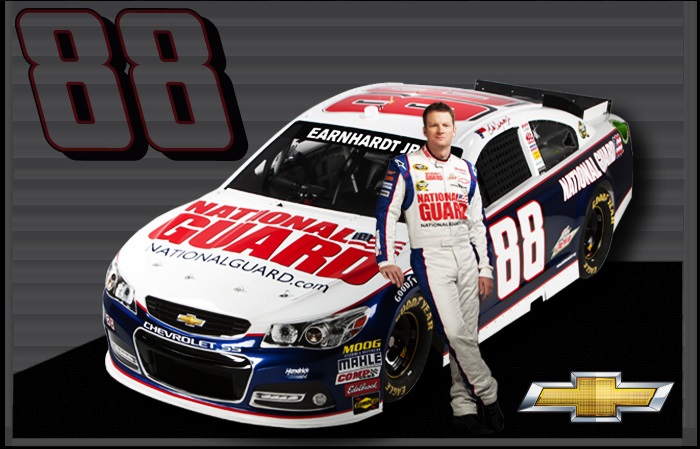 The last time Dale ran at Daytona he won, now he wants to do it again. The upcoming Coke Zero 400 will be Earnhardt’s second opportunity of the year to post a victory at one of the most legendary tracks on the NASCAR circuit.

Racing at Daytona must be a bit complicated for Dale Jr. Back in 2001 Dale Earnhardt Sr. collided with the wall coming into the front stretch at Daytona with only three laps to go and was killed instantly, sending shock waves throughout NASCAR World.

For his son, going by that spot 200 times in a single race must surely require a lot of self discipline. But Junior seems to have gotten past that part of it and accepted the big oval track at Daytona to be one of his biggest challenges, two times a year.

Dale Jr. has had an exceptional year in 2014 so far and he is looking to do even better as the Race for the Chase is about to get underway. He won the Daytona 500 back in February and became somewhat famous on the Internet for his winner’s circle ‘selfie’ he took of himself as part of the victory celebration.

Since his Dad’s fatal crash, Dale Earnhardt Jr. became sort of the adopted son of the NASCAR crowd. Most of them still call him Junior. Most of them knew Dale Sr. Junior has been the in-house favorite since he started racing professionally.

After his big win at the Daytona 500, followed by a couple of runner-up finishes at Phoenix and Las Vegas, Junior continued to impress by winning at Pocono and even a gaining a top-five finish at the Sonoma Raceway in California.

Last week at Kentucky Junior came in fifth to add even more points to his resume this year and practically guarantee his participation in the upcoming Sprint Cup Chase. In an interview after the race Junior talked about the Coke Zero 400 at Daytona, “I’m looking forward to it. Daytona in July, man. Great weather, kind of a laid-back weekend.”

Then Dale Jr. let them know how much Daytona really means to NASCAR drivers, “Such a great place. You get a great feeling in your heart when you go there as a driver and as a person involved in the sport. It’s just a beautiful facility and a lot of great history there. I really appreciate that about it and that’s what makes me look forward to going there.”