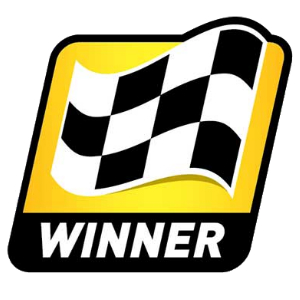 The NASCAR Chase will be expanded to 16 drivers this year and young Kevin Harvick has taken great strides early in the season to secure his spot in the season ending competition by winning the big race at Phoenix last Sunday afternoon. The race carried the awkward title of ‘The Profit on CNBC 500 at the Phoenix International Raceway” and Harvick won it last year as well.

After coming in third in the Sprint Cup Series standings last year, Kevin Harvick made a big change during the offseason by switching over to Stewart-Haas Racing If the early season results are any indication, it was a good move.

The new Chase set up places more emphasis on winning races and the new tactics employed by the drivers early on in the season indicate that they are looking now toward a season long goal rather that just this Sunday’s checkered flag and champagne shower.

After notching up his 24th NASCAR victory at Phoenix, Harvick told the press, “That’s what we’re all here for is to try to win races. I knew that later it got, the more aggressive it was going to get.” And so it did with a finale so tight that it almost required a photo finish.

One of the most aggressive drivers on the track these days is Joey Logano who commented after the race, “With a win being so important you might as well go for it, and I tried to stuff it in there three-wide and gave up a spot by doing that, but overall it is all about the win. We didn’t quite get that today, but we will go to Vegas and try again.”

There is a new sticker available to NASCAR race cars right?, that’s all they need is another decal on those cars. But wait, this one is special, one word… it says ‘Winner’ and the only guys who get one are those drivers who have actually won a race in the Sprint Cup Series. To this point only Kevin Harvick and Dale Earnhardt Jr. have one.

Next weekend will see racing at Las Vegas and then the show moves to Charlotte which is also a mile and a half track and we will see if Harvick and his team are able to stay ahead of the pack one again.

Whatever those guys at Stewart-Haas are doing they seem to be doing it well right off the bat. The scary part is that they are just getting started. Wait until they all get to know one another and look out NASCAR here comes the #4 car!