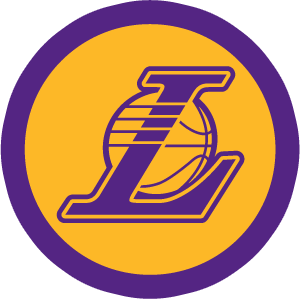 The Lakers haven’t started out 1-4 since 1993. On Friday morning the Lakers fired Mike Brown as coach after the team’s ugly 1-4 start. Brown was barely a month into his second season with the team, which struggled badly amid high expectations.

Lakers General Manager Mitch Kupchak said, “This was a difficult and painful decision to make. Mike was very hard-working and dedicated, but we felt it was in the best interest of the team to make a change at this time. We appreciate Mike’s efforts and contributions and wish him and his family the best of luck.” It was believed to be the earliest firing of a coach in the team’s history. Del Harris was relieved of his duties after just12 games in1999.

Brown replied, “I have great respect for the Buss family and the Lakers’ storied tradition and I thank them for the opportunity they afforded me. I have a deep appreciation for the coaches and players that I worked with this past year and I wish the organization nothing but success as they move forward.”

The Lakers were 41-25 in Brown’s first season, losing to Oklahoma City in the second round of the playoffs. This year the team has had trouble picking up Brown’s Princeton-based offense and has also lagged defensively.

Lakers fans have been displaying little to no patience for the offense that has gained just one victory in five games.

The Lakers will now conduct a national search for a long term replacement. Candidates could include Mike D’Antoni, Jerry Sloan, Nate McMillan and Phil Jackson. Many of those Lakers fans will think this switch will give the players energy.  But where is this new energy going to come from anyway?  Aside from Jackson, what other coach could walk in here with the credibility and cache to make these future Hall of Famers listen?  Mike D’Antoni has never even been to the NBA Finals, Jeff Van Gundy would never coach Dwight Howard, Jerry Sloan is too tough for this bunch and Mike Krzyzewski isn’t leaving Duke.
The Lakers are dead last in the Western Conference despite the largest payroll in the NBA — $100 million in player salary, plus $30 million more in projected luxury taxes.  It’s hard to imagine Jerry Buss being able to hire an established coach who could just step in and handle this group of all stars.

Expectations are high. The city is impatient.”