Last Champions’ Spots Up For Grabs In Final EPL Week 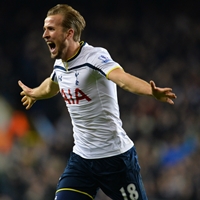 The 2016/2017 Premier League concludes this Sunday after 38 weeks of action, and with the Champion (Chelsea) and the relegated teams (Hull City, Middlesbrough and Sunderland) already decided there is little drama left.

The only issue still up for grabs is which teams will be in the Champions League next season. Manchester City, Liverpool and Arsenal will play for the remaining two places, because Chelsea and Tottenham Hotspur have already booked their ticket for next season’s top continental competition.

Pep Guardiola’s Man City, third in the table, two points above Liverpool and three more than Arsenal, is the favorite to earn one of the two berths, since a draw – or even a defeat – at Watford would suffice.

Manchester City did their homework last Tuesday beating West Bromwich Albion (3-1) and now they have everything in their favor.

With Man City practically assured of one of the two Champions League spots, the other one will be go to either Liverpool or Arsenal, who play at home against Middlesbrough and Everton respectively.

A win over ‘Boro’ would give Jürgen Klopp’s team a direct ticket to the Champions League, but a 0-2 loss, coupled with a 1-1 draw by Arsenal against the ‘Toffees’ would force the Reds to play a playoff.

While Arsenal’s front office is preparing to debate over the continuity of head coach Arsene Wenger, the team itself is just thinking about defeating Everton and waiting for the ‘Reds’ to stumble to reach the Champions League once more.

Beside their last-week struggle to reach the continental competition Arsenal also still has to face Chelsea on May 27 in the FA Cup Final.

Also, up for grabs is the prize for the top goal scorer of the competition. After scoring four goals at Leicester on Thursday, England’s Harry Kane totals 26, two more than Belgian Romelu Lukaku (Everton) and three above Chilean Alexis Sánchez (Arsenal).