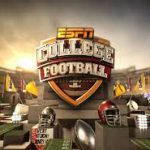 On New Year’s Day, 2020, three of the four big bowl games featured an SEC team which was favored to win the game. Of course the winners of the SEC Title this year are the LSU Tigers, which will go up against head coach Dabo Swinney and his Clemson Tigers, once again as the favorites to win the CFP Championship on January 13th in New Orleans by 5.5 points.

Coach Nick Saban would surely rather have been at home in Alabama awaiting participation in the national championship game, but losses to LSU and Auburn this season pushed the Crimson Tide all the way down to number 13 in the CFP rankings and relegated them to the Citrus Bowl in Orlando to take on the number 14 ranked Michigan Wolverines as 7.5 point favorites.

The first half of the game was close and hard fought with Michigan holding a slim 16-14 lead at halftime, but the Tide rolled in the second half by scoring 21 points while shutting out the Wolverines.  Alabama won the game and covered the spread by a final score of 35-16, but the anticipated over & under of 61 only made it to 51.

Just down the road in Tampa, Florida, the Outback Bowl pitted an overachieving Minnesota Gopher team as 7 point underdogs to yet another SEC powerhouse, the Auburn Tigers, coming off a victory over archrival Alabama. But it was the day of the Gophers and mighty Auburn was upset by a final score of 31-24.  Las Vegas oddsmakers almost hit this over & under right on the money, they posted 54, the final scores totaled 55!

This year’s Rose Bowl not only provided a perfect setting with perfect weather, it also produced a really good, nonstop action type football game between the number 6 ranked Ducks of Oregon and the number 8 ranked Wisconsin Badgers out in sunny Pasadena, California.  The Badgers went into the game as 3.5 point favorites with the over & under set at 52 points.

Oregon quarterback Justin Herbert, who was in this year’s Heisman Trophy discussion, took the game on his shoulders and stiff armed his way into the end zone late in the fourth quarter to secure the slim one point victory for the Ducks by a final score of 28-27.

Down in New Orleans at the Sugar Bowl, the number 5 ranked Georgia Bulldogs, whom many had thought should have been the number 4 team in the CFP finals, took on the number 7 ranked Baylor Bears as representatives of the SEC as 3.5 point favorites, but the oddsmakers under estimated this one as the Bulldogs dominated the Sugar Bowl all evening long and gave credence to the idea that four teams are enough team for the CFP final tournament.  Georgia could have competed, but the competition fell off swiftly after that.  The Bulldogs won the game and covered the spread by a final score of 26-14.

The resurgent Kentucky Wildcats finished off a rare winning season by beating a very good Virginia Tech team on New Year’s Eve by a final score of 37-30 on a late touchdown pass from quarterback Lynn Bowden. The Wildcats went into the Belk Bowl in Charlotte, North Carolina as 2 point underdogs to the Hokies. The 67 total points scored far exceeded the posted over & under of 47 in the game.

The Orange Bowl from Miami Gardens, Florida was played on December 30th this year and featured the number 9 ranked Florida Gators taking on the number 24 ranked Virginia Cavaliers as huge 16 point favorites. The line turned out to be a bit too huge as the Cavaliers put up a tough challenge for the Gators, who did win the game, but did not cover.  Final score Gators 36- UVA 28 and the game went over the posted 56 over & under by 8 points.