Loma vs Rigo Super Fight Will Be A Tactical Battle 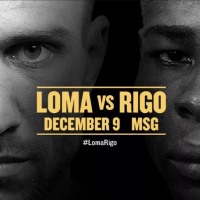 The biggest things separating these two fighters are age, size and fighting style.

Lomachenko, from Ukraine, is naturally the much bigger fighter, and at 29 years old he’s eight years younger than his Cuban opponent.

Style-wise Rigondeaux is far more defensively oriented as his offense usually starts with his defense. He usually creates openings as a direct result of his excellent defense and outstanding positioning.

Lomachenko, on the other hand, is far more aggressive as he’s inclined to create his own offense. He attacks more frequently, throws more punches and he’s better at throwing combinations than most of his opponents.

Lomachenko has the momentum going into this fight as he has been the far more active fighter of the two. Since the start of 2016 he has fought four times with all four wins coming inside the distance., but Rigondeaux has fought just twice for a total of three rounds.

But don’t let Rigondeaux’s age or Lomachenko’s momentum fool you, this should be a very even fight as these former two-time Olympic gold medalists are two of the most technically gifted boxers in the world.

In terms of skill, talent and athleticism, there is very little separating these two world-class athletes as they both have exceptionally high ring IQs and stellar footwork to go along.

They are both intelligent tacticians that like to masterfully control the range and dictate the fighting distance and they both have impeccable timing that enables them to excel as counter punchers.

As if that wasn’t enough they both work off the jab very well and are also excellent body punchers.

It’s an amazing and intriguing clash of skills between a couple of southpaws. It’s not too often that you see good matchups between southpaws, especially between two that are so skilled and have such a high ring IQ.

Rigondeaux will probably approach this fight as he usually does, by trying to create openings if and when Lomachenko overextends or finds himself out of position.

As for Lomanchenko, he will probably resort to his usual aggressive boxing style to lead this tactical fight.

If the Cuban’s defense allows him to withstand Lomachenko’s attacks, and he can use them to counterpunch, then he could win this fight.

The problem is that he most likely won’t be able to do that as Lomachenko has size, youth, and power on his side. If the Ukrainian hits Rigondeaux with a solid power punch or a quick flurry of punches, it’s unlikely that his body can withstand the punishment.

If the fight goes the distance Lomachenko should also take the victory by unanimous decision as fatigue will play against the 37-year-old.