Marijuana Guidelines For The NFL Might Loosen Up Soon 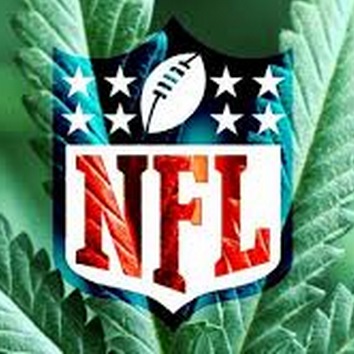 The NFL is going to pot. Well, not exactly. But they are at least discussing reducing the somewhat stringent penalties being imposed on NFL players who test positive for marijuana.

The current discussions include both relaxing the testing guidelines as to what constitutes a positive test, and also making the punishments lighter and more fitting the crime in today’s society. As estimates range as high as 75% of the players in the league who use marijuana to one degree or another, the discussion is indeed timely and should yield some interesting results.

When Colorado passed a law legalizing the recreational use of marijuana the nation took notice. When the day came and the law went into effect in Colorado, while still a crime under federal statutes, many took it as a tacit permission when the Feds did nothing about folks in the Rocky Mountain State lighting up in public.

After that came to pass the entire country seemed to relax a bit on the subject. It is now clear that way too many people spent way too much time behind bars, at public expense, for something now seen as not only permissible, but beneficial.

Cleveland Browns wide receiver Josh Gordon has apparently been using marijuana for his entire adult life if you look at his record. Now he is about to be suspended from NFL play for a long time without pay, for something that is not even a misdemeanor in many places today. Lowering the test parameters somewhat might have avoided that.

It seems that the only reason the more lenient policy is not already in effect is that it is being packaged with the HGH or Human Growth Hormone tests, which are still waiting to be implemented.

Another big sticking point holding up progress is the lack of good communication between the league and the players union, the NFLPA. Greg Aiello of the NFL Commissioner’s office said, “It’s kind of funny because since 2011 the union has come up with one excuse after another to avoid implementing an agreement to test for HGH.” What that has to do with testing for pot he did not say.

Paramount among the red flags that the NFLPA sees is the part about ‘commissioner authority’. The league, which is Roger Goodell himself wants the commissioner to be the arbitrator should a player get busted for drugs apart from normal testing. The union wants an independent arbitrator.

We have only heard the opening shots of this battle up to now. Stay tuned.