Mickey Mantle’s Corked Bat To Be Auctioned Off 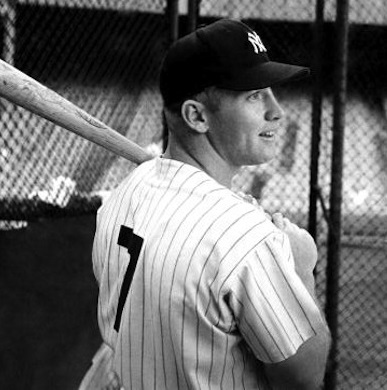 Mickey Mantle was one of the greatest baseball players in the history of the game.  He was a switch hitter who could bang them out to either field at will it seemed and many a big league pitcher dreaded seeing him come up to the plate.

Hall of Fame Catcher and former Yankees Manager Bill Dickey recanted about Mantle, “He’s the greatest prospect I’ve seen in my time, and I go back quite a ways.  I’ll swear I expect to see that boy just take off and fly any time.”  Dickey was the guy that taught Yogi Berra how to catch in the majors.

Legendary Yankees manager Casey Stengel said about Mantle, “He owns the smartest set of muscles I ever saw.”  Mantle was one of the best there ever was.

Even back in the ‘50’s, players were looking for any little advantage to give them that winning edge. Some genius came up with a baseball bat with a cork core that was supposed to hit the ball a greater distance due to the spring provided by the cork.  At least one of these bats ended up in the hands of Mickey Mantle and he used it to hit a whole bunch of his record home runs.

Was Mantle cheating?  Did the bat really give him an advantage over other hitters? The controversy goes on to this day.

Now one of the cork cored bats that Mantle used has come up for auction. The Hillerich & Bradsby Company bat has been directly linked to Mantle and has been X- Rayed to reveal the cork insert. Being the novelty item that it is, the bat will probably fetch a pretty good price.  Few names in the history of baseball carry more weight that Mickey Mantle.

In the year 1956 Mantle won baseballs’ Triple Crown. It is a prize that is not awarded very often. To win the Triple Crown Mantle won the Male Athlete of the Year Award, the American League MVP Award, by a unanimous vote, and finally the MLB Player of the Year Award. That year he led the majors with a .353 batting average, 52 home runs and 130 runs batted in. Not a bad year!