Miocic to Defend Title Against Overeem at UFC 203 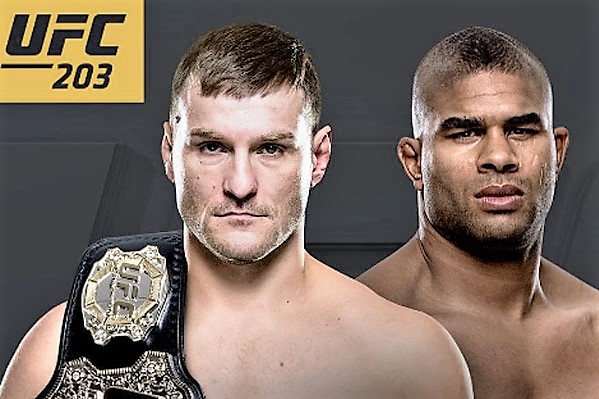 UFC’s heavyweight champion Stipe Miocic (15-2) will defend his belt against Alistair Overeem (41-14)  on Saturday at UFC 203 in Cleveland, Ohio, a fight that will be the night’s main event.

Miocic won the heavyweight belt at UFC 198 on May 14, 2016 when he knocked out Fabricio Werdum in Curitiba, Brazil. Before that fight he knocked out Mark Hunt and Andrei Arlovski to earn the right to fight for the championship.

Overeem, a former Strikeforce champion, has won his last four fights, including TKOs over Junior Dos Santos on December 19, 2015 and Andrei Arlovski on May 8, 2016.

The lines for this fight favor Miocic (-135) a Croatian-American born in Euclid, Ohio; while the Dutch fighter is the underdog at +105.