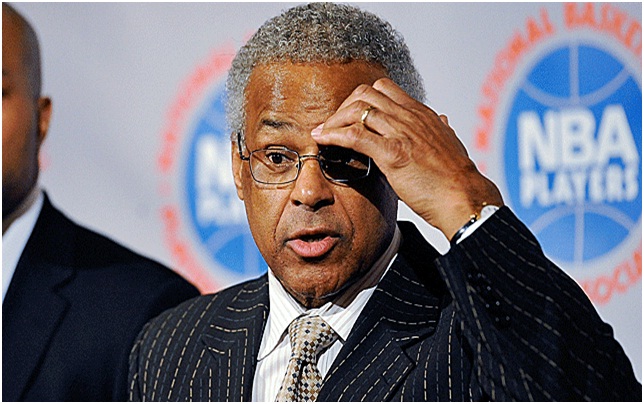 It didn’t take long for the 24 member panel representing the National Basketball Players Association to cast their votes and unanimously cast out Billy Hunter who had been the executive director of the NBPA for the past 16 years.

The move was not at all unexpected as Hunter had been placed on indefinite leave on February 1 after a 469 page report came out which was highly critical of his administration of the union.

NBPA President Derek Fisher said, “This is our union and we’ve taken it back”.

“We want to make it clear that we are here to serve only the best interests of the players,” Fisher said, reading from a prepared statement. “No threats, no lies, no distractions will stop us from serving our membership.”

Billy Hunter and company are under investigation by at least three government agencies including the New York State Attorney General’s office which is looking into Hunter’s oversight of the union’s charitable foundation. The Department of Labor and the U.S. Attorney are also taking a look at the Hunter administration.

Hunter has been head of the union since 1996 and is now 70 years old.  He did not even bother to attend the meeting that deposed him.  Word on the street is that Hunter was told in advance that he would not be welcome in any case. A nine month investigation by the Paul-Weiss law firm raised serious issues as to Hunters judgment, his handling of conflicts of interest and his stewardship of union funds.

Hunter is still owed $10,500,000 on a contract extension that he got in 2010 but Fisher and company are claiming that the contract is invalid because it was not voted on by player reps.

Should it be found that Hunter was fired without just cause, he will be entitled to his salary and benefits through the end of his contract in 2015.  Hunter said, “My legal team and I will begin carefully reviewing the actions taken and statements make against me in the meeting room in my absence.”