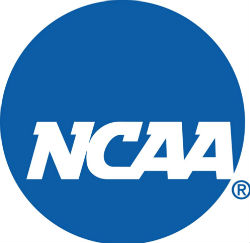 There is an issue before the courts these days that involves billions of dollars and concerns former and current NCAA athletes and their desire for compensation for their time spent on TV broadcasts while participating in college sports.

Ed O’Bannon played on the 1995 national championship team at UCLA.  He was the NCAA Final Four Most Outstanding Player.  O’Bannon won the prestigious John Wooden award that same year and was drafted by the New Jersey Nets.

O’Bannon, along with several ex-college athletes are suing the NCAA in an attempt to gain a share of the enormous revenues generated by colligate sports broadcasting. The numbers are big and the end result could be earthshaking.

The suit is not new. It was filed back in 2009 and, according to an ESPN report, there are more than a dozen law firms helping to represent the various plaintiffs and they have invested over $20 million in legal fees since beginning the suit.

Last week the NCAA filed a motion that would have prevented players from pursuing their antitrust suit or advancing their lawsuit which is chasing a cut of the TV money gained from broadcasting NCAA athletic events. The suit had originally only asked for revenue sharing on rebroadcasts but now they are going for the whole enchilada.

The line between college and pro athletes continues to be blurred and there is no end in sight.  This suit could potentially go on for years. In the beginning this suit was about compensating college athletes for archival footage but it has now been expanded to include athletes who are still at school and still playing ball.

That little addition is the major point of contention for the NCAA.

What this does is to take a case in which the liability involved was counted in the tens or hundreds of millions of dollars and now the sums involved are counted in the billions!  Max Hausfeld, counsel for the plaintiffs said, “It’s a more accurate context for what the players deserve”.

Tom Farrey of ESPN reported that even with the judge’s decision, it is important to note that the ruling does not mean that the athletes will be receiving any funds just yet.  That may be a long way down the road.