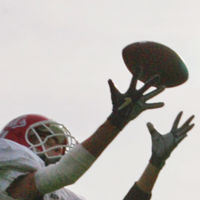 NFL action finally got under way this weekend with no less than 10 pro football games kicking off at the same time on Sunday morning.  If you live in California… that was at 10 am in the morning. 11 am in the mountains and high noon in central.  All in all, it was a bit too early for most of us to keep up with 10 NFL games at the same time. I mean, give up a break, will ya?

But the action was hot, it was great and fans everywhere were rejoicing at the return of NFL action the gridiron on Sundays once again. It was football delivered by Air Mail over the weekend as 5 NFL quarterbacks combined for 1950 yards passing on the first weekend of pro football action for the new season.

Peyton Manning tossed 7 touchdown passes to get the season started off with a bang on this year’s first edition of Thursday Night Football for a total of 462 yards passing.  Joe Flacco passed for 362 for the defending World Champion Ravens and still lost the game by a final score of 49-27. The two quarterbacks threw an incredible 108 passes during the contest.

Both Drew Brees and Matt Stafford passed for 357 yards each in leading their teams to victory on Sunday afternoon. The Saints beat divisional rival Atlanta 23-17 and covered their 3.5 points… while the Lions outlasted Adrian Peterson and the Minnesota Vikings and covered their 4 points, 34-24

The long awaited rematch between the Green Bay Packers and the San Francisco 49ers turned out to be another case of footballs flying through the air on every other play as Aaron Rogers put up 333 yards passing only to be topped by young Colin Kaepernick who threw for a total of 412 yards during the game and led the 49ers to a 34-28 victory over the Packers which covered the Seahawks 5 points and went way over.

Elsewhere around the NFL on Sunday, three other quarterbacks threw for over 300 yards. The Falcon’s Matt Ryan had 304 and Carson Palmer of Arizona had 327 but, both Atlanta and the Cardinals managed to lose the games anyway.

Russell Wilson passed for 320 yards and the Seahawks won the game although they never managed to make a touchdown. Final score 12-7. Seattle was listed as 3.5 favorites for the contest so, they covered… just barely.