‘Nole’ Advances In Monte Carlo With Hard Win Against Carreño 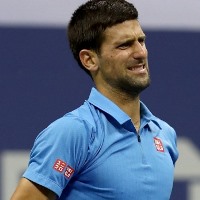 Serbian Novak Djokovic defeated Spaniard Pablo Carreño on Thursday, 6-2, 4-6, 6-4 in two hours and 26 minutes to reach the quarterfinals of the Monte Carlo Masters 1000.

Djokovic suffered again, just as he did against Frenchman Gilles Simon in the first round, when he needed three sets to advance. However, ‘Nole’ survived thanks to his experience and winning 76 percent of his first serve points during the match.

Carreño, 19th of the world, gave Djokovic a really tough time, especially considering that three years ago in this same tournament, Djokovic prevailed 6-0,6-1.

This time, the Spaniard, with much more maturity thanks to his great season, started a great reaction when he was losing 6-2 and 2-0 to win five consecutive games and take advantage of his service to eventually win the second set.

Then in the third and final set, with the score tied at four, Djokovic delighted fans throwing a superb lob to win a crucial point. When it looked like it was becoming more complicated, the Serbian tennis player brought out his exquisite technique to win key points en route to his triumph.

After suffering more than expected and determined to end once and for all a tougher than expected afternoon, ‘Nole’ returned from 30-0 down scoring four fantastic points in the last game to take the match.

At 25, Carreño has two titles and played a few weeks ago the semifinal of the Indian Wells Masters 1000. With this great game against Djokovic the Spaniard demonstrated once again that he has a bright future.