NY Mets Want A Casino Next To Citi Field 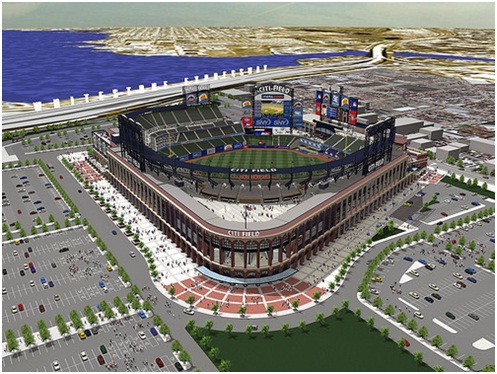 The Shinnecock Indian Nation and the owners of the New York Mets Baseball Team want to build a massive complex next to Citi Field on Roosevelt Avenue in Queens.  This move comes at a time when the NY state Legislature is considering a constitutional amendment to allow Vegas style table gambling.

In a place known as Willets Point, not too far from LaGuardia Airport, the Mets organization had plans well underway to begin construction of an enormous project consisting of a huge casino with gaming tables and slot machines as well as a 500 room hotel complete with all services and an 1.8 million square foot retail and other amenities area…. right next door to where the Mets play baseball.

Mets owners Fred Wilpon and Saul Katz are still trying to recoup some of the $162 million which they somehow managed to blow in connection to the Bernie Madoff Ponzi scheme mess.  The Mets are losing money every year so perhaps with the addition of this new complex, they can get the books back in the black again.

Critics will claim that the money would be better spent by contracting a couple of the high dollar free agents available these days but the team brass had other ideas.  Where this leaves the Mets as a competitive team remains to be seen.

The Shinnecock Indian Nation based in Southampton had agreed to operate the casino and Sterling Equities, which is the Wilpons development company, offered the city $100 million for a 62 acre site next to Citi Field.

The proposal for the project states, “This will be a place about fun…for families, sports fans and thrill seekers alike.” “It will attract millions of visitors from the New York area and around the world and will serve as New York’s newest and most unique entertainment destination.”

However, live dealer casino gambling is still illegal in New York, except on tribal lands. The Bloomberg administration the city gave the Mets group a consolation prize when they awarded them 23 of the 62 acres to build the $3 billion complex……but without the casino.