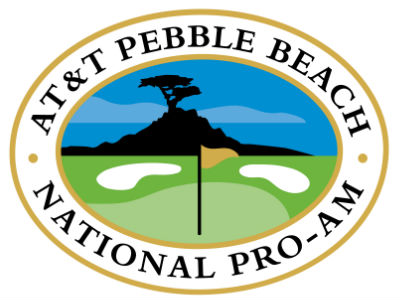 Back in the golden age of Hollywood, there was a guy named Bing Crosby who was as well known as any actor of his day. He made pictures with Bob Hope and many other movie icons. He sang, he danced, he had his own TV show, and he loved to play golf.

What has now turned into one of the most anticipated events on any golfer’s calendar got its humble beginnings in Rancho Sante Fe in California when Crosby invited a bunch of friends, some professional golfers, out for a clambake and to play a little golf.

They hoped to make a little money for charity, but the get together was mostly convened to have fun. The ‘clambake’ became an annual event and grew in popularity until in 1937 Bing Crosby hosted the very first National Pro-Amateur Golf Championship, still being played at Rancho Sante Fe near Del Mar.

The big prize for that tourney was a check for $500 and the winner was the legendary Sam Sneed. The first three days of the event saw so much rain that the contestants ended up shooting at ducks on a pond near the 18th green. When the ducks had had enough and flew away, they shot at Bing’s brother’s hat. When Sneed saw the big check for the $500 coming his way he announced to the crowd, “If you don’t mind, Mr. Crosby, I’d rather have cash.”

Such humorous banter has always been an integral part of the Pro-Am tourney and also counts as one of its biggest attractions. The continuing popularity of the event owes a great deal to the ‘one liners’ that both the Pros and the Ams keep coming up with.

In 1947 the annual winter event was moved to Pebble Beach, Cypress Point and the Monterey Peninsula Country Club. Sam Sneed once again won the pro-am portion with Roger Kelly. The tournament remains popular not only because of the exceptional golf by some of the world’s best players, but also for the lore that surrounds the event.

Nowadays the Pebble Beach Pro-Am Championship is a mix of part sporting event and part California social event but the basic formula remains unchanged. Mix about four parts professional golfers with one part show business and sports celebrities and put them out on the golf course with lots of microphones available.