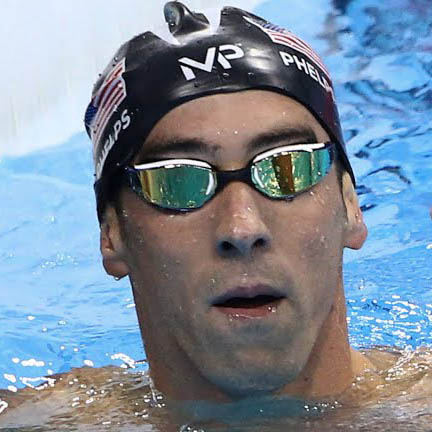 In 2014, arrested while driving drunk, he sent a message to his agent, Peter Carlisle: “I do not want to be alive”. In an article in The New York Times in which the new age of Phelps after his vices, is recounted that an inner peace so sharp and full of meaning of life that produces even more fear than the addictions. His coach said the key phrase: “He had no idea what to do with the rest of his life.”

The road to become the most decorated athlete in Olympic history has been treacherous and as lonely as the immersion of a diver in deep water. All the years the athlete had to develop his personality were devoted to develop his exceptional talent for swimming.

It often happens that the man who specializes in an environment that is not his own will shelve others. In Rio the medals obtained so far have the burden of an unusual moralizing comment for the swimmer.

Phelps has rediscovered himself, a man and father, lives for his wife and son. And he will probably find his way once more.

The truth is that the hole in which he was in was the cause of his behavior, the main reason for him to come out was not his wife, but the love for the pool. He had already reconciled with her-after a separation-when he was arrested for the second time.

It was the challenge which climbed back into his life, from earthly addictions to addictions from the gods, with the gold. And despite being 31 years old Phelps returned to do what he is supposed to do. He has swept all over again, he has returned to where he left, now, he can not go back in the hole. Or at the very least we hope.

Phelps acknowledged that his whole life was built on goals. And it would remain so. He was extremely focused with the goal of representing once more his flag, bea a part of the Rio Olympics and most of all, to swim this summer. After everything settles in the Games, then he will have to think of something new as his next goal.