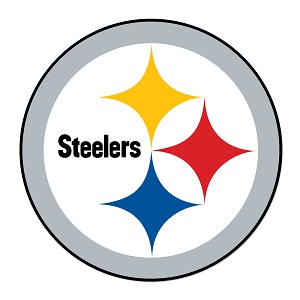 It was not pretty, or neat, but the Steelers did their part to gain a ticket to the playoffs, they beat the Cleveland Browns 28-12, while the New York Jets lost to the Bills in Buffalo, giving their slot to Pittsburgh. Now the Steelers will have to visit the Bengals and play a lot better than the last two weeks if they want any chance of reaching the divisional playoff.

Haslam cleaning house. It was no longer a rumor, it was known that after this game, regardless of the outcome, the Cleveland Browns had a reconstruction in mind that would change the course of the franchise. Mike Pettine, the team’s head coach and General Manager, Ray Farmer, were fired on Monday leaving the future of the Browns with a big question mark. Pettine, after two years at the reins of Cleveland with 10 victories by 22 defeats. To replace him we have, the Lions defensive coordinator, Teryl Austin, the Bears offensive coordinator, Adam Gase and former Bulls head coach Doug Marrone, all good choices.

It has been a season full of problems inside, but especially off the field for Johnny Manziel, the latest scandal leaves his future very weakly looking in the franchise. Having lost the game against the Steelers due to a concussion, the QB on Sunday failed to appear for a review with team doctors and according to several reports the team was unable to contact the player by phone, all this after reports that Manziel was seen Saturday night gambling and dining at Planet Hollywood in Las Vegas.

Manziel will doubtedly return to play for Cleveland, it’s obvious he does not want to be there and the Browns want to move forward continue with their franchise.

The veteran DeAngelo Williams was hurt in the game against the Browns and to not have him to face the Bengals next week could be very sensitive to the Steelers. Williams reportedly had a sprained ankle so the injury is not serious, but not until the end of the week we will see if he will be able to play, otherwise Fitzgerald Toussaint (12 carries for 24 yards on Sunday) with Coleman Jordan will have to make their way into the Bengals defense.

Roethlisberger and Brown had another spectacular week, this will definitely be the main concern for Cincinnati next weekend. Brown had 13 receptions for 187 yards and a touchdown, reaching 136 receptions this year for 1834 total yards and 10 TDs. It will be a challenge to contain him.