Players Applaud The Resurgence Of On Line Poker 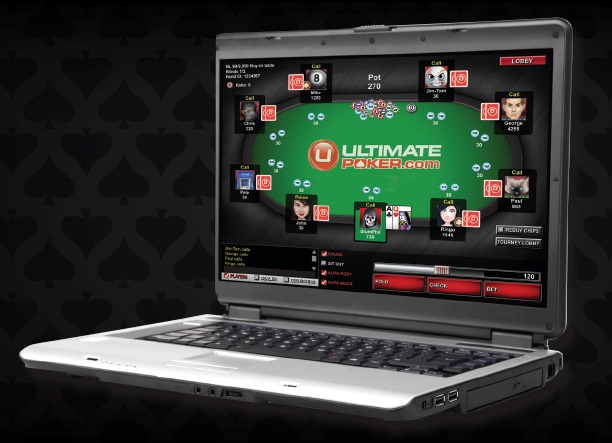 Tom Breitling is a very brite fellow. Even Forbes magazine said so when they put him on the cover calling him a ‘cash machine’.  If you have ever checked out travel information on Expedia.com, then you have already sampled some of Breitling’s wares.  He sold that one for a cool $100 million and moved on to greener pastures.

Mr. Breitling is enamored with the gaming industry.  He bought and sold the legendary Golden Nugget in Las Vegas and made himself another $100 million… but even that was not enough.

Now Breitling is going full on into the online Poker business working out of Nevada where it is legal to do so. His new site UltimatePoker.com is up and running as of last April and has already dealt several million hands of Poker to Internet players in Nevada.

Playing Poker is an American tradition as old as Apple Pie.  Most everyone has played Poker at some point. It’s part of our American heritage.  American troops have been playing Poker in their foxholes and trenches since the Civil War.

Online Poker gained quite a bit of popularity several years back before it was discovered the a few greedy entrepreneurs were manipulating the game.  They made a lot of money… for awhile. Thanks to that bad rap, online Poker took a nose dive in popularity until Breitling came along to revive it once again on the Internet…..and this time around, they claim to be doing it right.

Breitling’s goal is to offer Poker to anyone, anywhere who has computer access at any time of the day or night. He explained, “It starts in Nevada, and then it goes to the rest of the country.” “When a customer feels safe, then they are willing to spend their entertainment dollars with you.”

One lady who plays on Breitling’s new site told a reporter, “If I’m focused on just making as much money as possible, I would say online poker is probably your best bet.  You can play lots of different tables at once.”

According to Breitling, his new site is ‘ultra-safe’ and operates under Nevada Gaming rules which state that a player must be over 21, they must be in the state of Nevada and their funding must be ‘post-up’ only.

States such as New Jersey and Delaware will be rolling out their version of online gaming soon with other states expected to follow suit.