Price On Tiger For PGA Title Moves Up A Bit 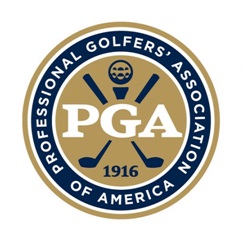 The fourth big PGA major tournament of the year will take place at the Oak Hill Country Club in Rochester, New York beginning on Thursday August 8th and finishing up on Sunday afternoon August 11th. All of the major players who have victories this year are among the favorites to win but bettors still have faith in the potential of 14 time major PGA tourney winner Tiger Woods to pull off yet another victory at Oak Hill.

Even though Woods shot three over par in the final round of the British Open and finished in a tie for 6th place, Tiger is still the overall favorite to win the PGA at Oak Hill, his 9-2 odds of a couple of weeks ago have now stretched out to 5-1. His last major victories were back in March at Doral and Bay Hill….but that doesn’t seem to bother those bettors who are going with the Tiger ‘no matter what’.

In the wake of an outstanding performance by Phil Mickelson at Muirfield recently, ‘Old Lefty’ is the second choice to take the PGA Championship this year. Mickelson currently stands somewhere between 12-1 and 10-1 depending on where you look.

This year’s Masters winner, Adam Scott, is now at 15-1 (down from 20-1) and Justin Rose who won the U.S. Open remains at 20-1 along with Brent Snedeker who made the biggest move of the week after winning the Canadian Open last week. Brent was at 40-1 after the British Open but has climbed all the way up to 20-1 based on his solid performance in Scotland.

Here is a quick look at all of the golfers listed at 100-1 or better going into the PGA Championship at Oak Hill in early August.