Ravens pull out a Surprise Victory Against Steelers 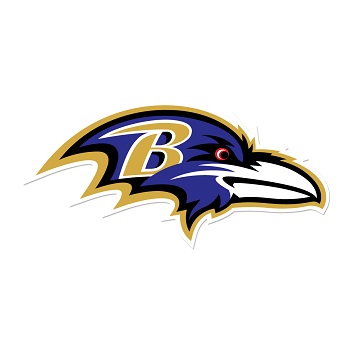 Entering this game, no one thought that Baltimore had enough to surprise and pull out a victory, the Steelers were one of the most streaking teams who were playing the best football, while the Ravens were having their worst season in a decade and had as quarterback a player who had never played with the team, Ryan Mallett.

The loss is not only a big surprise, it also becomes a big problem for the Steelers, who are now 9-6 combined with the Jets victory against the Patriots, makes Pittsburgh lose control of their future. Now they have to win in Cleveland if they still want any have chances to qualify for the playoffs, they have to wait for other scores even if they take the win.

Surely Ryan Mallett gave a great match, in fact despite having arrived only two weeks ago to the franchise, he had the best performance of his career, but we must give the award for best performance to the Ravens defense, who managed to allow only 17 points to one of the best attacks in the league and although throughout the year had only managed four interceptions, two picks on Ben Roethlisberger were instrumental in the surprising triumph.

Everything was in their hands, with two fairly weak teams remaining on their schedule, Baltimore and Cleveland, now to get a playoffs ticket the Steelers have to win their game in Cleveland and Buffalo Bills need to win at home against the Jets, something that certainly is a possibility given the ups and downs we have seen from both teams this year. The other way for Pittsburgh to get a playoff is that today, the Bengals win in Denver. One of the most important MNF of the year and apart the Chargers need to win next week during their visit to the Broncos, a scenario that can be met also  if we see the latest results of the Broncos and the impoverished offensive since the arrival of Brock Osweiler.

At 32, DeAngelo Williams is still a fundamental part of the Steelers, which they should thank a lot as Bell’s injury early in the season went almost unfelt thanks to the actions of the former Carolina player. Although almost nothing went well on Sunday, Williams did managed to go over 100 yards and scored the only two touchdowns for Steelers.