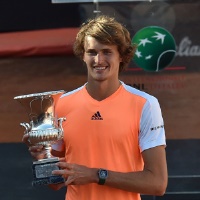 The ATP’s world tennis elite has never been so old.

For the first time in the history of the ATP’s computer rankings dating back to the early 1970s, tennis players ranked first to fifth are 30 years of age or older. The unprecedented phenomenon is a testimony to the enviable durability shown by the main stars of this sport.

It is also a reason to wonder when a new face will reach the top. Although some resist to accept it, there will come a time when this generation’s top players will stop dominating and even retire just as past idols such as Andre Agassi and Pete Sampras did some time ago.

The French Open begins on Sunday and the most serious candidates to win it are the likes of Andy Murray, Novak Djokovic, Stan Wawrinka and Rafael Nadal, all players of 30 or more years of age.

Federer is 35 and Wawrinka 32. Nadal turns 31 on January 3, while Djokovic and Murray celebrated their 30th birthday this month. Those five players have won 46 of the last 48 Grand Slam tournaments, a supremacy spanning 12 years.

Another top contender over 30 would be Roger Federer, but the Swiss has decided to skip the French Open to instead focus on this year’s grass-court and hardcourt events ahead, including Wimbledon and the United States Open.

Can someone new win a Grand Slam tournament? Maybe Alexander Zverev, the German who turned 20 last month. Maybe it’s Nick Kyrgios, the 22-year-old Australian who is as talented as he is controversial and enigmatic. Others point to Dominic Thiem, a 23-year-old Austrian.

Zverev’s victory over Djokovic in the final of the Italian Open could be a symbol of the generational turnover. Zverev is the first tennis player born in the 1990s to win a Masters and he is the youngest player to win an event of that caliber since Djokovic won the Miami Masters about a decade ago.

The victory at the Italian Open placed Zverev in the top 10 of the ATP ranking. He is the youngest to achieve it since Argentine Juan Martín del Potro did it in 2008.

Perhaps some young players can pull a shock or two at the French Open, because although it’s unfortunate for the sport and the fans to see icons retiring, it’s always refreshing and worth celebrating when new young players start to emerge and consolidate. Perhaps some of them will accomplish that on the clay of Paris.