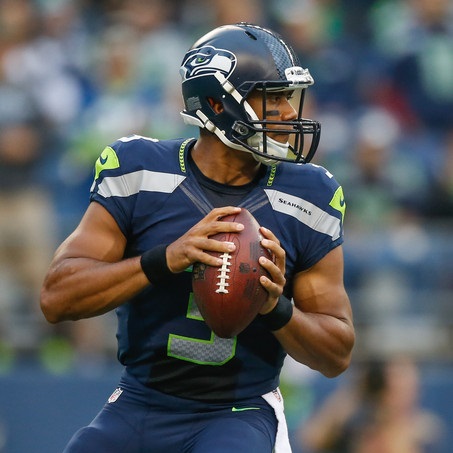 The back-and-forth from Wilson and the Seahawks came to an end when the Seattle Seahawks finally reached an agreement with the star quarterback Russell Wilson, who signed his name on a million dollar contract extension for four seasons, a perfect right foot start for training camp towards the 2015 campaign, the University of Wisconsin graduate became, at 26 years old, one of the highest paid on the NFL.

The length of this business was valued at 87.7 million dollars, with a signing bonus of 31 million, with this, the average salary of the quarterback will be 21.9 million dollars, which left him trailing behind Aaron Rodgers account with the 22 intended for the Green Bay Packers player, Wilson was selected in the third round of the 2012 draft, since then he has taken the reins of the Seahawks offensive with excellent results, crowned with the very first first Super Bowl award for the franchise, after a whooping 43-8 victory over the Denver Broncos for the XLVIII edition of the Super Bowl.

Given its importance to the team, head coach Pete Carroll, and the organization adjusted to the requests of its star, who asked to finalize this process before the start of the regular season, not wanting to get distracted with off-the-court matters, the talks were fast-tracked because the two-time All Pro Bowl was about to enter his final year of his rookie contract, which spanned four seasons, nearly three million later and by 2015 had budgeted 1.54 million dollars gain.

If the agreement had failed, the quarterback would have become a free agent once culminated the next cycle. Wilson is the only quarterback to record under the hundreds in terms of rating in his first two years as a professional, he has accumulated 48 appearances and always as a starter, and has a 794 successful passes in 1.252 attempts, that’s nine thousand 950 yards, 72 touchdowns, 26 interceptions his record is 36-12 for the powerful quarterback, Seattle has celebrated two of its three historical championships in the NFC by Wilson’s hand.