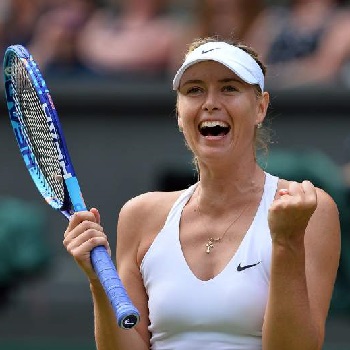 Russian tennis star Maria Sharapova will return to profesional tennis on April 26 when she takes part in the Porsche Tennis Grand Prix in Stuttgart, Germany.

The 29-year-old will play her first match in over a year on the same day that her 15-month sanction ends. Sharapova was suspended for testing positive for the banned drug meldonium in an anti-doping control. The last time she stepped on the court was in January 2016 when she played the Australian Open.

Sharapova said in a press conference that she couldn’t be any happier that the first match of her comeback will be in Stuttgart, one of her favorite tournaments. The Russian won this event three times from 2012 to 2014.

In the time she has spent away from competitive tennis Sharapova has played some exhibition matches, like the one in Puerto Rico on December 15, 2016 when she faced, and lost to, Olympic champion and local hero Monica Puig.

When she is not on the courts, Sharapova has spent time promoting her candy business and attending Harvard Business School.

The 40th Porsche Tennis Grand Prix (April 22-30) will feature eight of the world’s top 10 players including world No. 1 Angelique Kerber. The Belgian has won the last two editions of this tournament.

The Porsche Tennis Grand Prix is Europe’s oldest indoor women’s event and is the lone indoor clay tournament on the calendar. Stuttgart became a red clay tournament since 2009, and has since become one of the ideal preparation tournaments for the Roland Garros.