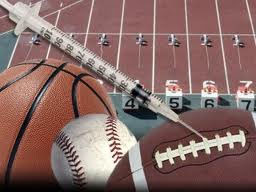 or most of the modern era, steroids in sports have been a big no no. Athletes who are caught using any kind of sports performance enhancers are subject to severe punishments, with many an athlete losing his or her career as a result. While many easily see the dangers of steroids and are glad for their ban from the sports world, others argue that athletes should be able to do whatever they want to maximize their abilities, even if this includes using these sometimes dangerous drugs. Few people, though, could really imagine what a world would be like in which athletes were allowed to use whatever performance enhancers they wanted but we’re going to try.

Sports science and medicine has never been at a higher level of knowledge and understanding then it is now. These days many doctors specialize in habilitating athletes to allow them to naturally achieve their best physical performance. Trainers use high technology to break down the individual’s mechanics and tweak them to gain the best result. Obviously this is still not enough as the men and women of sports continue to use performance enhancers to drive themselves to higher and higher levels. All we are suggesting is that the sports world, commissioners and fans embrace this human desire to achieve to the fullest.

Steroids and other drugs could be administered under safe use guide lines that would hopefully minimize their side effects. New drugs could be developed that would specifically be used for athletic performance enhancement similar to the “super soldier serums” a-la Captain America and the comic books. Everyone seemed to like Cap so what’s the big deal? With advancements in technology we will progress to the point of robotic or cybernetic enhancements that, if allowed in the field of play, will completely re-write the rule book.

Oh yeah, I forgot about the children. Well we don’t let them drink booze or do a lot of other stuff until they become adults so this would be no different. At a certain age young athletes would be able to make an informed decision as to whether or not they wanted to enhance their natural level of performance.

Purists maintain that steroids in sports are somehow unethical, that it’s cheating. The bottom line is that the athlete still has to go out and hit the ball, run, jump, or whatever. The bigger question is how will this affect the betting lines in Vegas? Will NFL football totals begin to look more like NBA totals? Will quarter backs throw for 20,000 yards in a season? Today we are enhancing our athletes whether we want to admit it or not. I say lets blow the lid off the whole thing and let them have at it; and let’s see what the human body is truly capable of.