A Suspect for the Cleanthony Early Assault Has Been Arrested 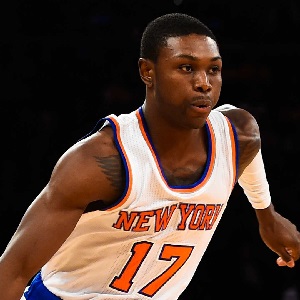 More than 3 months later, the police has finally arrested at least one of the men who robbed and gunned the Knicks player Cleanthony Early in the last days of 2015. The detainee is a 22-year-old Delvon Dowling, who has admitted his involvement in the events.

The truth is that progress in the police investigation seems to have been accidental, since Dowling was arrested last Friday by other events and it was during his interrogation when he admitted being part of the group of men who assaulted Early, but denied being the author of the shooting that wounded the player in the altercation and forced the Small Forward to spend several months out of the court.

Early was assaulted late at night as he was exiting a nightclub in Queens, when the Uber car he was traveling with a friend was blocked by several individuals who forced the player at gunpoint out of the car and shot him in the right knee before snatching jewelry and other valuables worth over 8,000 dollars.

During the assault, the exact circumstances were unknown, Early would have been shot in the right knee. The Knicks player was taken in the first instance to a nearby hospital, Elmhurst, and later to another facility. His condition, according to initial reports, was stable and his life was not in danger.

The Knicks issued a statement after learning of the facts in reiterating that Early life was not in danger, but declined to comment at that time on the circumstances of the assault.

The young forward from the Knicks returned to the court last March 21, although he only played for a few seconds on the game, and has already been in this April when he enjoyed his greatest playing time, 23 minutes before Brooklyn last Friday and 17 against Indiana on Sunday. For now, he has taken part in 13 games this year, his second in the New York ensemble, with averages of 1.2 points and 0.7 rebounds in 6 minutes of play and poor shooting percentages.